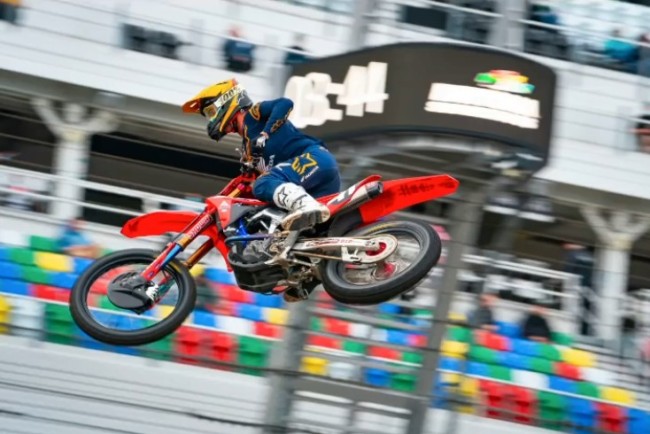 Since heading to the AMA scene, Hunter Lawrence hasn’t had it easy with a number of injuries. The Aussie did have a good night at Daytona though winning his heat race.

After not winning anything in over a year it was good for Lawrence to get that winning feeling again even if it was just a heat win – the Factory Honda rider says it’s tough to put into words.

“Tough to put into words Saturday night. Winning the heat race felt great and a huge relief the last two years haven’t been easy on me physically with injuries so to get that heat race win was a weight off my shoulders, lol I know it’s only a heat race but haven’t won anything in over a year. I forced the issue in the main and went down early and made it tough on myself to get the result I should have. I know where I stack up after two rounds and know what I need to work on during the week. I Will be definitely giving you guys something cheer for in the mains in Dallas. Thanks to all my supporters sponsors and fans see you guys in Arlington”, Lawrence stated on social media.