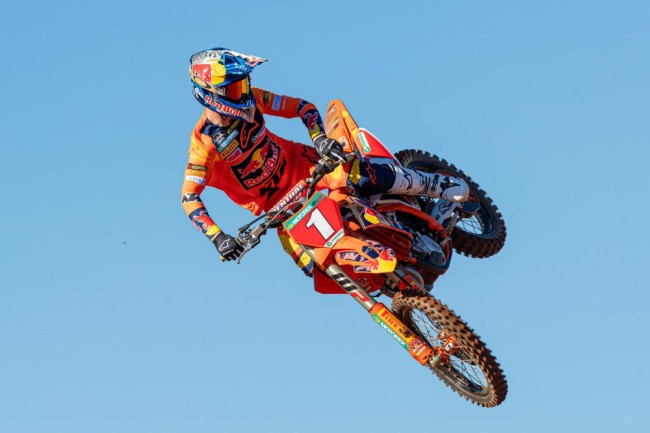 There had been some hope that Jeffrey Herlings would make his return to racing next month at a Belgian International race but the race organisers have now confirmed that Herlings won’t race the event. It now remains to be seen if we’ll see Herlings make a racing return this year…

“Due to complications Jeffrey Herlings won’t be able to ride a moto yet and therefore will not be able to participate on August 15 at the Internationale Motorcross Keiheuvel Balen. We were able to tie Pauls Jonass down as Herlings replacement.  Of course, we wish Jeffrey a speedy recovery”, the organisers stated on social media.