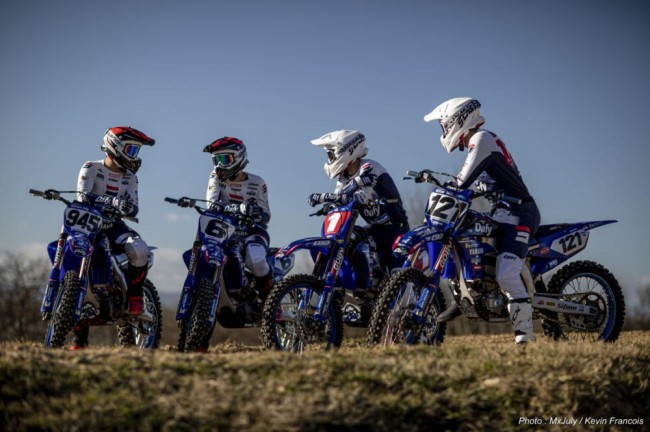 A force to be reckoned with in France’s supercross and motocross scene, Guidetty and the GSM Yamaha team have developed a roster loaded with some of the best talent in France. The FIM World Supercross Championship will provide a truly global stage for the three French and one American rider to prove they’re worthy of competing against the best riders from around the world.

“Our riders and team are well known in the inner motocross and supercross circles here in France, and now have a chance to truly stand out on a global stage thanks to the FIM World Supercross Championship,” said Guidetty, GSM Dafy Michelin Yamaha owner. “The opportunity to compete for an FIM-sanctioned world championship is truly special and our team is hungry to showcase its talent on a global stage, competing in front of millions of fans. We believe our team has the confidence, experience, and ability to compete for the title of world champion.”

GSM Yamaha’s WSX lineup features pair of French champions in Ramette and Bourdon. Ramette is an experienced supercross rider bringing a wealth of knowledge to the team. Combining Ramette’s talents with Bourdon, a young French rider who already has an MX2 French Supercross Championship under his belt, the pair are primed and ready to compete for the podium in each Grand Prix event.

The SX2 lineup includes Desprey, an experienced rider in both motocross and supercross, a former Grand Prix rider and the 2014 and 2015 Prince of Paris SX. His teammate in the SX2 class is young American, Brown, who hails from Ravensdale, Washington, and has competed in the Lucas Oil AMA Pro Motocross Championship and the Monster Energy AMA Supercross Championship. He will be looking to make a name for himself on the global stage.

The FIM World Supercross Championship will host the British Grand Prix at Principality Stadium in Cardiff, Wales on Saturday 8 October. Tickets to the first round and can be found here.