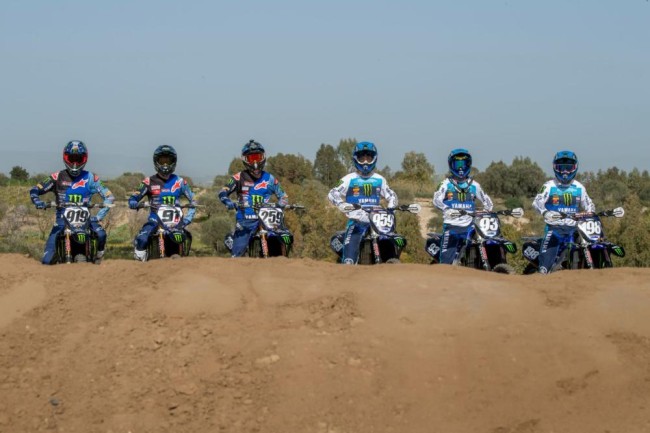 The month of February has been a busy and exciting start to 2021 for the Monster Energy Yamaha Factory MXGP and MX2 teams. Both squads made their annual trips south, to the island of Sardinia – the motocross hub of Europe throughout the winter months – to ride, train and test while enjoying a much better climate than that of Belgium and The Netherlands. During the teams’ time on the island, the riders dedicated two days to Yamaha Racing’s Official media production.

Monster Energy Yamaha Factory MXGP’s Glenn Coldenhoff made an exciting debut aboard his YZ450FM at the Internazionali D’Italia inRiola-Sardo, Sardinia. The 30-year-old Dutchman finished as the runner up in the opening race of the year. He then went on to post the fastest lap of the race on his way to third position in the Superfinale.

Due to the delayed start to the FIM Motocross World Championship, which is currently scheduled to start in Oss, The Netherlands on May 23rd, 2021, Jeremy Seewer has decided not to race any of the pre-season events in Sardinia, as it is too early to be ‘race fit’.

The rookie, Ben Watson, will make his YZ450FM debut this weekend where he will join Coldenhoff on the gate at round two of the Internazionali D’Italia in Alghero, Sardinia.

Monster Energy Yamaha Factory MX2’s Jago Geerts got his 2021 campaign off to a perfect start with a victory in the opening race of the season at the Internazionali D’Italia in Riola-Sardo. Geerts will line-up again at rount two in Alghero, Sardinia, this weekend, 7th March.