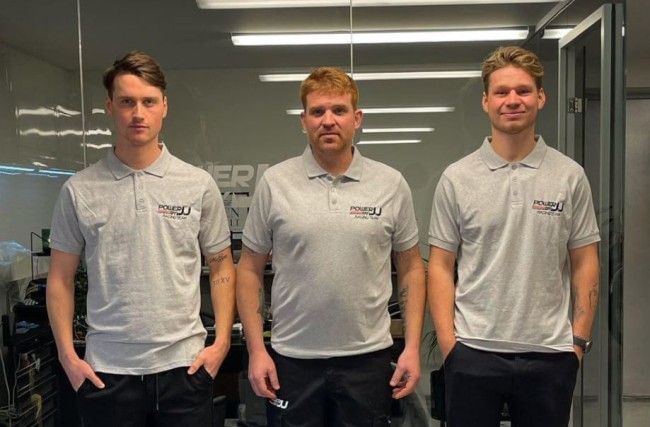 It has been revealed that Filip Olsson has a new challenge for the 2022 season as he’ll step up from the EMX250 series to contest the MX2 World Championship. After a number of years with the 62 Motosport Husqvarna team under the watchful eye of Klemen Gercar, the young Swede has inked a deal with PowerByJJ Racing for the season ahead.

The PowerByJJ Racing team is a new race team which has formed for the 2022 season and will be a new team in the GP paddock which is always great news. The team will run Husqvarna machinery and Olsson will hope to learn a lot during his first year racing the MX2 World Championship.

The young Swede will race the European rounds of the series so won’t travel to the oversea GP’s. Ken Bengtson has also signed with the team but he will focus his racing in Sweden.

“I’ve signed with PowerByJJ, it’s a new team that Jimmy started and it feels really good to work close with people I know from my 65cc time. It will be a really fun year for me as one of my best mates Ken Bengtson is also in the team so will be lots of fun. Of course it’s feels good to be able to ride in the MX2 World Championship class next year, it is a really exciting time for me. Jimmy’s main goal with the team was the Swedish championship and then I asked if it was okay if I raced GP’s with the team also – it’s kind of a family team really. I really have no expectations, I just want to go out there to do my best and keep improving throughout the year. I know it’s a long season and I just want to be there all the rounds I do”, Olsson told GateDrop.com.