Camden Mc Lellan to make his GP debut in Latvia 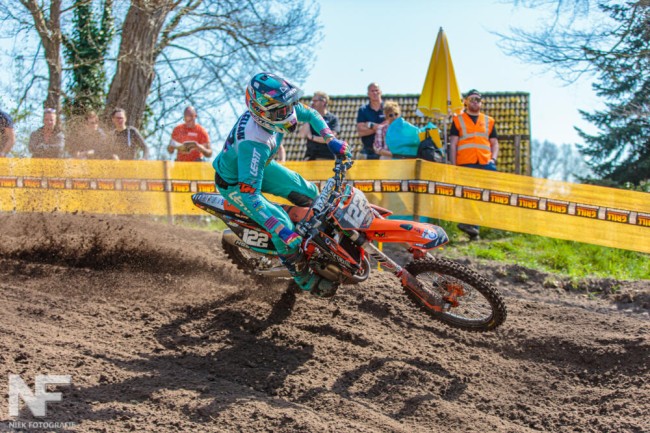 Making a strong start to his 2022 EMX250 campaign, Camden Mc Lellan has decided to get his feet wet in the MX2 World Championship as he’s secured a wildcard entry to race in Latvia this weekend.

Sitting fifth position in the EMX250 championship, Mc Lellan has showed strong pace on his TBS Conversions KTM and will be hoping to be competitive in MX2 this weekend. The South African has also told us his goal is to make the step up to the MX2 World Championship next year.

“The decision came about because I have no other race option this weekend and I have been wanting to do an MX2 wild card for a while, so it fit in perfectly with my calendar. Along with it fitting in well with my calendar, my goals is to be in the MX2 World Championship next year, and the best way to do that is by going out and competing with the big boys and show the big teams my potential! That’s also part of the decision. I feel good, body mind and bike, and I love the fact I have nothing to lose and have no pressure so I’m really excited”, Mc Lellan told GateDrop.com.

“A top 10 would be awesome but just to run with the big guys is important I would say. I don’t really have expectations though. Kegums is one of my favourite tracks, that’s also another reason I chose to wild card there. Of course I’d like to thank the team and my parents for making it all possible”, Mc Lellan added.