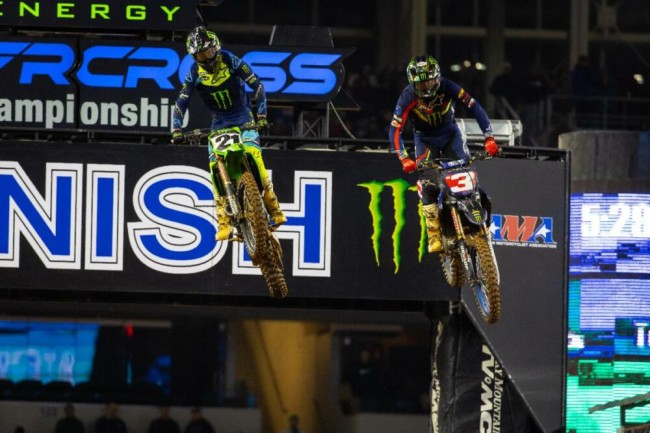 “I feel like the last three weekends have been a sh!tshow for me! It’s a tough pill to swallow.! Jason Anderson has spoken to Gypsy Tales about the last three dramatic weekends ending his title ambitions and the the aggressive racing that he has been a peratrator and a victim of.

On the aggressive racing this year Anderson said: “There has been a lot of team changes and I think,, Malcolm, he’s working at Aldon’s and he is working harder than he probably feels like he has ever worked so he feels he has a lot ot proove. With him there is a lot of aggression in his riding, in his mentality, he really feels like he has deserved those spots, which makes it way tougher to race him.

“From my end I want to be better, if I am being honest, a lot of things that I’ve done, I’m just really to eager, it’s the truth, it’s something I need to work on.

“With Barcia…Barcia is just Barcia, he’s the wildcard of the class! You never know what you are going to get! I think it will calm down, we just need two calm weekends and let all the BS calm down.”