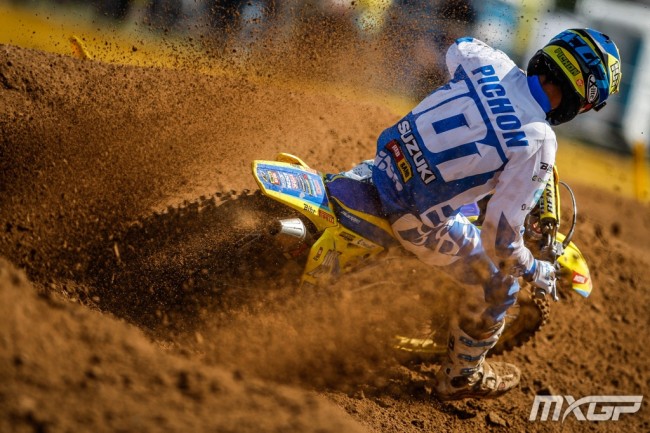 After crashing during the first moto at Lommel, Bas Vaessen continued to ride but was in pain. It turns out he broke his collarbone and has been given the bad news that he will be off the bike for around four weeks.

With Vaessen out for the Swedish GP this weekend, Zachary Pichon will deputise in his place and make his World Championship debut.

Pichon is only back from a shoulder injury himself as he returned to the EMX250 series in Switzerland. The French youngster had a decent first moto finishing in fifteenth.

There won’t be much pressure on him to perform this weekend against the best MX2 riders in the world so hopefully he can just go out there and enjoy the experience.