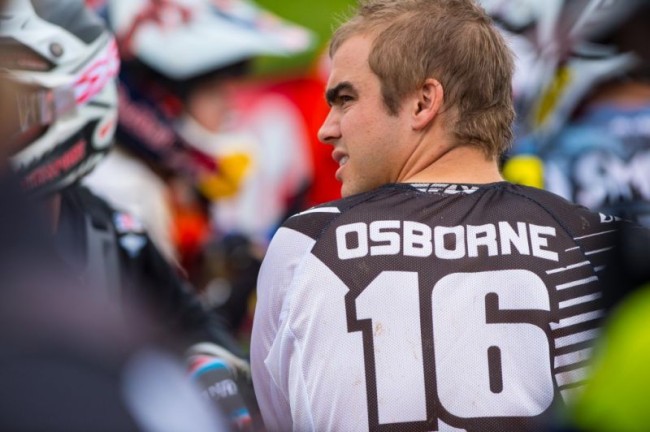 Zach Osborne says that he would prefer to win a MXGP world title than an AMA motocross championship.

Speaking on Vitalmx.com forum, the American, who spent four years in MX2 GP’s, says it’s a close call, but due to the diversity of the tracks it makes the World Championsip the most valuable motocross title in the world.

Osborne wrote:  “For me the crown jewel is the 450 SX title. If I had to choose (between MXGP or US mx) probably the GP title. Just because of diversity in the series. I would definitely entertain the idea of a return to the GP’s but I also want to do some off-road and especially the Dakar so I’m sure at some point I will have to decide what I want to do more. That’s a ways down the road though! “

“The main thing is here (USA) you are going to a similarly prepped track 90% of the time. There (MXGP) you could be going hard, sand, loam just about anything and due to communication issues or whatever the case is you may go to a track one year and it be awesome and come back the next and it be blue groove. It’s often a guessing game and for that reason you just can’t pull off having one setting that you made on a track here in the states.”

Zach also commented on RV’s failed attempt at the MXGP crown, “I really thought it would go better. I knew world champion in the first year would be a tough ask but I felt he would be a threat. I really don’t know where it went wrong but I do know it’s tough to go there and race. Period. Then, stack the pressure to do well with the hype and being basically a rookie and it was a tough combination.”

Zach Osborne is doing a question and answer thread on the Vitalmx.com forums where you can ask Zach your questions. Check it out here, there are some great questions and replies from Zach already!