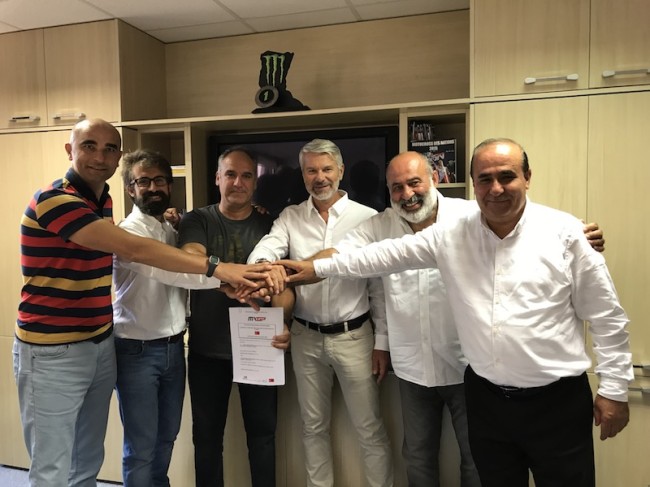 Youthstream PR: After being announced at the 2017 Monster Energy FIM Motorcross of Nations Presented by Fiat Professional, Youthstream is proud to present the MXGP of Turkey which is taking place at the Afyon Motor Sports Center on September the 2nd, as a new host for a round of the 2018 season. The hard pack surface will host the FIM Motocross World Championship for the next 2 years, 2018 and 2019.

The new host, Afyon Motor Sports Center in Afyonkarahisar, was established in 2016 in an area of 164 thousand square meters. Housing motocross, super enduro, ATV and supermoto facilities, the center is operated by Afyonkarahisar municipality and the Turkish Motorcycle Federation that is fully involved in the organisation of the event.

Afyonkarahisar city spreads over three of Turkey’s geographical regions (Aegean, Mediterranean, Central Anatolia), whose roads and railways connect in the center making it an important hub in the heart of Turkey.

The city has hundreds of years of archeological artifacts that reflect the culture and arts, with century-old structures, caves formed over millions of years, with thermal richness and natural beauties, open air temples and impeccable cuisine.

Afyonkarahisar is easily accessible with Zafer Airport only 59 km from the city and the international Eskişehir Anadolu Airport only 172 km away.

All of its attributes combined, the MXGP of Turkey at the Afyon Motor Sports Center in Afyonkarahisar will provide not only unforgettable racing but an unforgettable experience.

For more details on the MXGP of Turkey venue click HERE