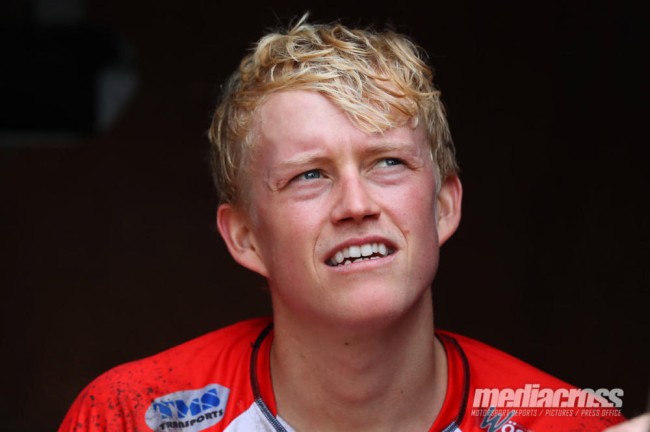 Nathan Watson was due to race the Pro Hexis Beach Race at Loon-Plage this weekend but has unfortunately been ruled out to a wrist injury. The young Brit has been putting in the laps and has been riding with some pain recently.

After consultation with some specialists and doctors it was decided he would miss out this weekend so he’ll have to wait until the Le Touquet for his next race.

“Nathan has had tendinitis on his wrist for some time, and recently he just had a fatigue fracture. He consulted several specialists and surgeons, he had infiltration to recover as soon as possible, but the doctors were very clear, banning doing anything in the next ten days, otherwise making the situation worse”, Josse Sallefranque his team manager stated.