Wilson wins night one at the Aus-X Open! 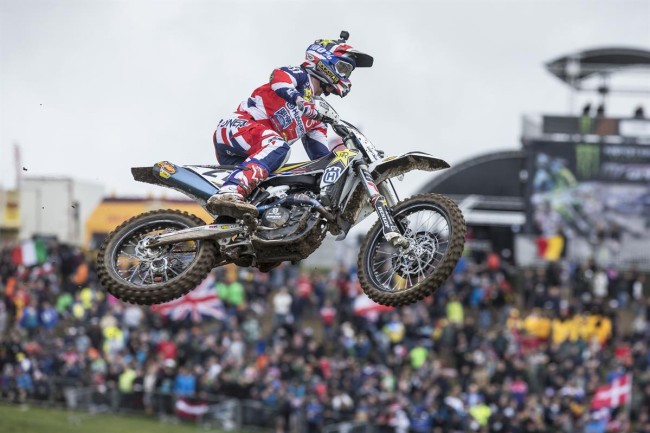 Dean Wilson took the win at night one of the Aus-X open ahead of teammate Jason Anderson.

The Brit, who passed early race leader Dan Reardon and was never headed from then on, beat Anderson by just 1.7 seconds but Anderson came from a first turn crash that also claimed Justin Brayton.

It sets up night two perfectly with the two Rockstar Husqvarna riders ready to battle for the overall win!

In the Carmichael v Ronnie Mac head-to-head RC let the Mac by before punting the Honda man off the track to take the win, providing great entertainment for the fans!