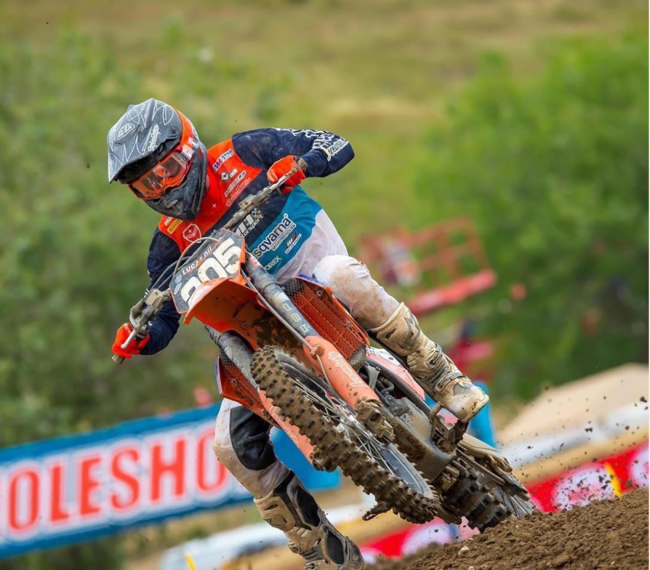 Wilson Todd missed out on an MX2 World Championship round for 2019 but decided to contest the AMA Nationals instead.

The Aussie didn’t disappoint at round one of the series as he showed good speed and ended up twelfth overall despite contesting as a privateer.

Todd has impressed so much that, Pulp MX are reporting the Aussie will have a full TLD KTM Factory bike for Pala this weekend.

It’s a great opportunity for the Aussie because if he impresses there’s no reason why the team won’t keep him for the rest of the season and he’ll be able to put himself in a shop window for a permanent ride for the 2020 season.

Wilson Todd got a Privateer Island Pod bump today as he gets a full TLD KTM factory bike for Pala this weekend.