Who is the MXGP GOAT – Everts or Cairoli? Josh Hill has his say! 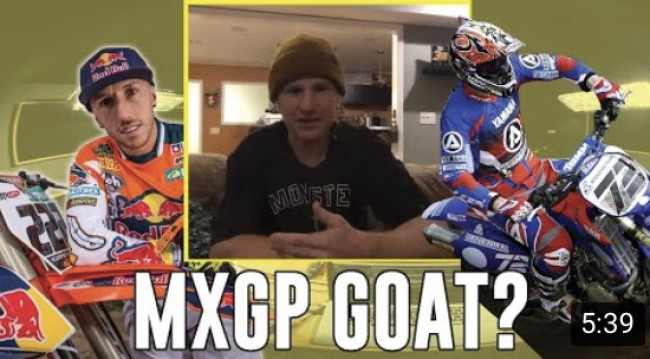 Who is the greatest world championship rider ever? Everts or Cairoli? Josh Hill weighs in the debate and shows impressive knowledge of the GP scene!

Everts of course has the statistical edge, with a record ten world titles and the most GP wins (101) in a career including wins in the 125, 250 and 500 two-stroke classes plus the 250 and 450 four stroke era. It was a career that spanned the generations over 16 years from 1990 to 2006 and ended on a high by beating the next generation in James Stewart. The Belgian also had the best style in the sport, riding with technical perfection and it is something that is still unmatched to this day.

Cairoli meanwhile won his first title in 2005 and has raced in MXGP since 2008 winning 7 of his 9 titles in premier class that has saw all the best move there with the U23 age rule. Possessing amazing mental strength throughout his whole career, Cairoli has shown he can also move with the times, being the only man to go toe-to-toe with Herlings and Gajser – and now his teammate 18 year old Prado!

Whatever your choice, they are both exceptional riders – but Jeffrey Herlings may also be throwing his name into the debate if he can stay healthy and win a few more titles as well as take Everts GP win record!

See the debate with Hill below!