Who impressed: MXGP of Sweden 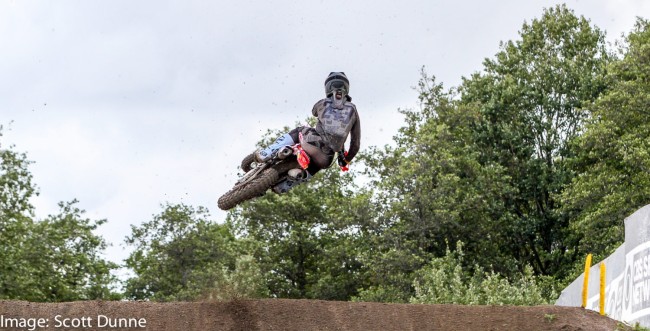 Tim Gajser: After injuries and crashes and more crashes and injuries, Tim Gajser looks to be back on form. The 2016 World champion said he had been working “really, really hard” to get back to the speed he had before the injuries and in Sweden he did just that.

Gajser got a good start and ran away with the first moto when Romain Febvre hit the deck, it was like the Gajser of old, under control and putting in the laps at the front. In race two Gajser pressured Febvre but decided discretion was the better part of valour and settled for second in the final two laps to ensure he won the overall GP and got the reward for his hard work. It was great to see Gajser back to his best and hopefully Tim can continue the good form at the final three rounds and at the MXoN on one of his best circuits, Matterley Basin.

Romain Febvre: The Frenchman has been getting better and better in the lsat few races but he finally got the win he so badly wanted in moto two in Sweden, unbelievably his first of the season! Febvre nearly won the qualifying heat but got pipped by Herlings then crashed out of the lead in race one, but he finally got the job done in race two after showing his speed all weekend. Also encouraging for the Frenchman was the fact he got two holeshots, if he has finally got his starts sorted alongside race winning speed, Febvre will be a threat for the rest of the season – and his form is back just in time to defend the MXoN!

Glenn Coldenhoff: Coldenhoff is riding very well right now. The Dutchman was fast at Lommel but is showing he can do it on hard-pack too and has upped his game in recent weeks. Whatever Coldenhoff is doing is working and he is a podium threat right now in any conditions. Coldenhoff said: “I’m quite happy with the results and they are what I should be taking every weekend.” Like Febvre Coldenhoff’s form is coming at a good time for his country and Holland have a very strong team if Glenn can keep this form up.

Returning Brits – Simpson and Searle – Both Shaun Simpson and Tommy Searle were very impressive in Sweden and had top ten speed all weekend. Simpson was contesting his first full GP race weekend since Latvia and running the new 2018 bike for the first time, while Searle was racing only his second GP of the season – and the ended up battling! Searle took a lot of stick in certain quarters for being names in the MXoN team but when you can run inside the top ten in MXGP in your second weekend back of the year, it’s hard for anyone to criticise the decision now. Shaun Simpson has the right to feel disappointed though at not being in the team after such a strong comeback ride only days after the team announcement was made.

Tanel Leok – I first saw Tanel Leok race in person way back in 2003 when he was a hotshot teenager with incredible corner speed. And 14 years later the Estonian Express is still using that corner speed to contend in a very competitive MXGP field! You have to commend Leok’s heart and determination to stay at that level after so many years and the quiet man just gets on with the job and lets his riding do the talking.