Who Impressed: MXGP of France 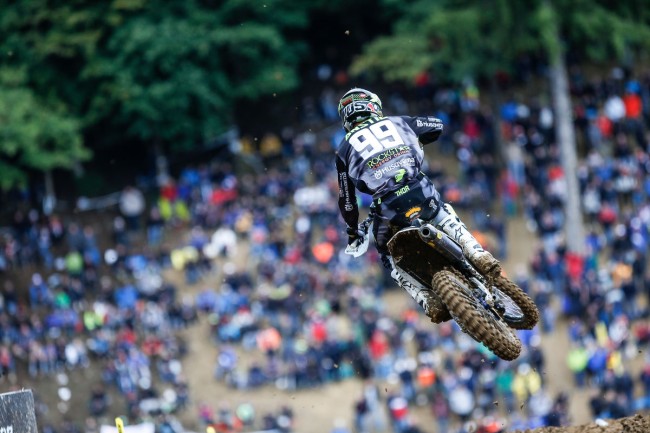 Max Anstie: What a ride from Anstie is race two in France! The Brit gave Herlings one of his toughest race wins of the season by not giving an inch to the Dutchman in what was a brilliant race to watch.

Anstie was on form all weekend with his excellent technique really shining through on the wet, slippery conditions. He took the win in the qualifying race, placed fourth in race one and was clearly up for the battle with his former schoolboy rival in race two. When Herlings made the pass Anstie hit straight back, almost causing Herlings to crash when he dive up the inside. Herlings would hold on to win but the mutual respect by the pair after the moto showed just how much they enjoyed the race, that saw them finish 30 seconds ahead of third placed Tim Gajser!

“I did the best I could in the opening moto. Conditions were tricky and it was vital to avoid mistakes,” commented Anstie. “I was happy with fourth and thought I could do even better in moto two. My start was great in the second race and I managed to lead the for much of the race. I had a good battle with Herlings down to the finish line.”

Tim Gajser: After cartwheeling out of Assen last weekend and then his dad suffering a bad crash during the week. Tim Gajser showed his mental strength again by going 1-3 in France for second overall to end his difficult seasons on a good note.

Gajser will want to heal up this winter and get back to his best, but the one good signal from this season is that Tim showed just how mentally strong he is. Nothing appears to break him and if he can improve his sand riding and be 100% fit again, he should be up there with Cairoli and Herlings next season.

Gajser said: “I am glad to finish the season strong and today I felt really good in the mud. I made too many mistakes this year and when I make a mistake I end up injured. The last few races I have been in much better condition and the riding is quite ok. I want to say a huge thanks to everyone around me and my family.”

Jeffrey Herlings: He refused to give up and fought hard for his sixth overall win of the year despite a crash and the terrible weather. The hunger and determination Herlings showed st the final round is impressive and as he said after the race, it will give his rivals something to think about going into 2018. Herlings is trying to prove a point about next season already.

Herlings admitted he came in overconfident this year then got hurt and suffered a lack of confidence. Next season he knows the ingredients he needs, and he knows he can win when he puts it all together and also knows how thought the class is. Herlings showed that whatever the conditions, even slick muddy tracks like France, he can get the job done. And that means he has all the bases covered for 2018 – if he can stay healthy.

Shaun Simpson: it has been a tough return for Shaun Simpson. The usually steady Brit who supplements his natural talent with a lot of fitness and bike time found being out for so long and trying to get comfortable on a new bike is a tough combination to overcome in the last couple of races. But Shaun isn’t one for giving up, and gutted out a top ten overall to end his season on a decent note and show some light at the end of the tunnel.