Who impressed: MXGP of Asia 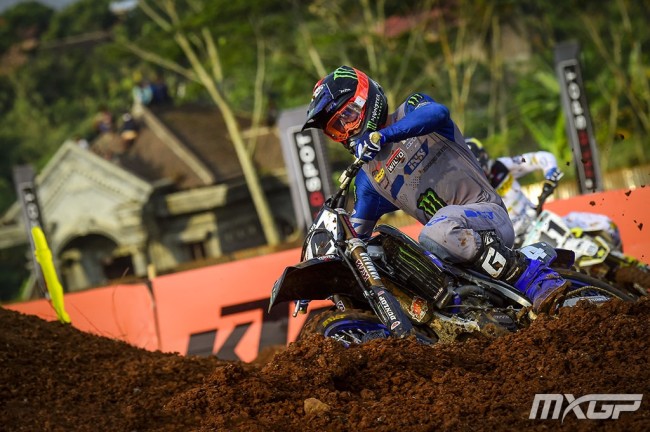 Arnaud Tonus: The Swiss was back in the podium (2-3) after a tougher than expected Grand Prix the week before in Indonesia. The track in Semarang certainly suited Tonus’ style, hard pack and technical with lots of jumps, Tonus usually excels when precision is required and he showed again just what he can do when everything is feeling good.

Tonus, it is believed, will be staying with Wilvo Yamaha for 2020, which will become the factory team, and, with Cairoli injured, has a real shot at second in the championship if he can continue his good form and is only 19 points behind current second place man, Jeremy Seewer.

Tonus commented: “It feels great to rebound from a tough weekend in Palembang a few days ago and especially on this track. It was very hard to find the flow and a good feeling. It was very slippery and it took me a while to feel good out there. I felt better today than yesterday. We changed quite a lot of things on the bike ahead of practice today and I already felt better, which helped a lot. It was important to take your time today. I really went step-by-step, because it was too easy to make a mistake. Overall, I am super happy.”

Tim Gajser: Seven Grand Prix wins in a row for Gajser and that’s the first time since 1997 that Honda have held such a record – but this time it was with one rider!

Gajser, with no Cairoli or Herlings, appears less rushed in the opening laps and a lot more calm, understanding that he has the pace to counteract any challenge, and even if he feels it’s risky, can easily take a second or third without worrying about the championship points. At Semarang he controlled both motos, pushing when he had to and easing off when he could to ensure he didn’t make mistakes on a difficult track.

He is in a class of his own right now and his great starts aren’t helping in giving the opposition a chance, another indicator if his self-confidence and Honda’s power plant.

Gajser said: “ I was having fun on both days this weekend. Unfortunately yesterday I had a crash in timed practice and I hurt my right ankle a little bit, but other than a bit of pain yesterday, it was certainly a great weekend again. In the first moto I had a great start, taking the holeshot and leading the whole race. In the second one, I started third and made quick pass, and then made another one a bit later in lap one before making a gap to control the race. I was really having fun out there although the track was a little slippery in some places, but I still got two moto wins so I can’t complain!

“I’m trying not to put pressure on myself on each weekend and I know if I can have fun, I can ride really fast and that seems to be working right now. It is also an honour to have the biggest win-streak for a Honda rider in world motocross, a lot of really talented riders have ridden on this great brand and it is amazing to have achieved this. I hope I can keep it going for as long as possible, and I must also thank Team HRC for helping me out so much and giving me all the support I need in order to do this.”

Glenn Coldenhoff: The Dutchman is finally coming back to the form and confidence of last season after his big crash at a Lommel where he sustained several broken bones. Coldenhoff led most of the qualifier on Saturday but a mistake in a rut with a couple of laps to go meant he lost out of Romain Febvre. He didn’t get away with the front runners on Sunday but still ran a good pace for fourth overall, and with fifth overall the week before, it has been a very successful trip for the Standing Construct KTM rider.

“I felt good during training on Saturday, and posted the ninth fastest times in both the free – and qualifying training sessions,” Coldenhoff said. “The surface was quite hard, and some hard ridges developed, a bit old school.  I got the holeshot in the qualifying heat, and had a good rhythm. I rode in the lead for three quarters of the race, but a mistake cost me the win and Romain Febvre passed me.”

“After such a strong qualifying performance on Saturday, one expects a stronger performance on Sunday. Still, I’m happy with fourth, and I’m satisfied with the whole trip to Indonesia with fifth and fourth.  The progress is continuing and we keep working hard. I will be at the final round of the Dutch Masters of Motocross at the Black Cross next weekend , and then the GP’s of Loket and Lommel are on the calendar. These are all tracks that suit me and I am looking forward to it.”

Pauls Jonass: The Latvian MXGP rookie was in fantastic form at Sermaring and he sally should have been on the podium. But, a slightly bizarre crash while running second in race one, that saw him end up over the berm and through the advertising banners, meant he scored no points.

Race two saw him finish where he belongs, Jonass rode hard and passed Seewer and Tonus at the end to secure second. With more time on the bike and his race fitness now there, Jonass is beginning to show his true potential on the 450 when he gets away in the top five, and there will be a lot more to come from the former MX2 world champ.

Jonass commented: “There have been many positives from this GP, but I know that I should have had an overall podium result. Great starts, good speed, a really strong second moto, just my mistake in the first race that undid a lot of good work from me and the team. It was my mistake that I went off the track, but bad luck that I got some old banners stuck in my rear wheel. The race had been going really well to that point. I got a great start and felt really comfortable in second.

“Thankfully, I was able to come back with a strong second place result in the final moto, which is a great way to finish these two GPs in Indonesia. Overall, I feel that I have made some good progress – I’ve started to put the pieces together. My fitness is good now, I’ve improved on my starts and I’m able to race at the front for the full moto. I’m really looking forward to the final races of the championship. I want to put it all together and do my best to get strong results from the final six GPs.”