Who impressed: MXGP in Switzerland 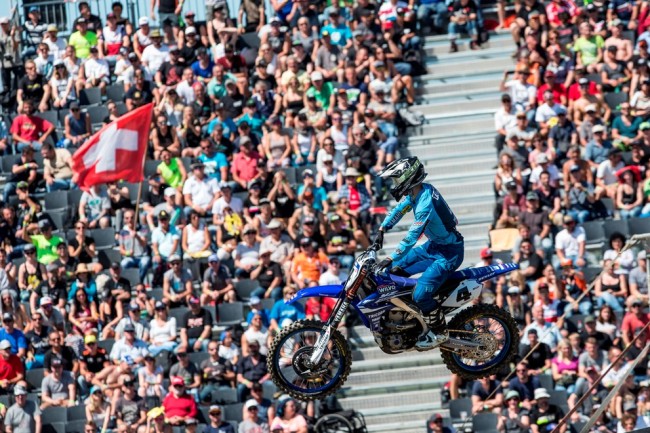 Arnaud Tonus – Wow, what a ride from the home favourite! Under pressure from Anstie the entire moto and then also Cairoli in the last ten minutes, Arnaud Tonus also balanced the expectations of the loud Swiss fans also on his shoulders – but he dealt with it all as he styled his way to his first ever MXGP win! It was a brilliant performance and shows just what Tonus is capable of – but do it in front of his home crowd was as, Arnaud put it, ” a feeling you cannot describe.” The second moto was a shame and maybe sums up Tonus’ career so far as bad luck still tends to follow him around. But that first moto, with that home support was simply superb and a race that Tonus and those that watched will never forget.

Max Anstie – Anstie was oh-so-close to his first MXGP moto win, but Tonus just had enough to keep the Brit at bay, but Anstie did impressively well to hold off a charging Cairoli at the end of moto one. Anstie proved just why he is a key player in the British MXoN team this year, even if the second moto didn’t quite go as planned. But hard pack or sand on the 450 and Anstie is top contender now when he gets the start. Anstie said: “I spent the first half of the moto pushing hard to pass Arnaud Tonus for the lead but then decided to settle for second and save some energy for moto two. My start wasn’t bad in the second moto but another rider hit neutral in front of me in turn two so I ended up losing a lot of time. Taking the positives out of this GP I got two holeshots and a strong runner-up moto result.”

Jeffrey Herlings – It was a frustrating first moto for the Dutchman as another bad start and then a crash thwarted his progress and left him finishing sixth. But moto two was more like it as Herlings took his first moto frustration out on the track and sped out to an early lead and then controlled the race in front of Paulin and Fevbre. Herlings, if it was needed, proved again that he isn’t just a sand man, hard-pack or sand the Dutch flyer can be the man in MXGP when he gets himself away with the leaders!

Gautier Paulin – It was a great track for the smooth the technical style of Gautier Paulin and the Frenchman rode really well in both motos for second overall. He even continued to try and chase Herlings in the second moto and held of his charging MXoN teammate Febvre for second despite a lot of pressure. This is the pace Paulin is capable of week in, week out and it moved the Frenchman up to third in the points ahead of Clement Desalle. Paulin commented: “I’m really happy to be back on the podium. We had a big fight for the overall win here in Switzerland and eventually I ended up sharing the same number of points with Jeffrey Herlings. It feels good to be back up to speed and I can’t thank my team enough for all their hard work and dedication.”