Who impressed: MXGP class in Germany 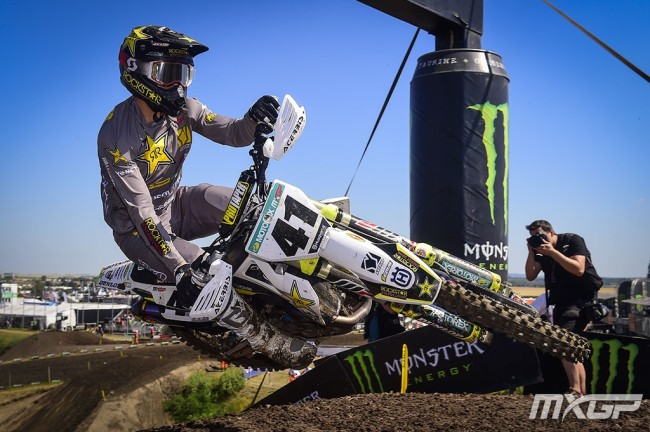 Tim Gajser: With Tony Cairoli out with a dislocated shoulder it left Gajser in charge of the world championship but would that lead to him taking his foot off the pedal and riding conservative? Not a chance – but he wasn’t riding on the edge either.

Gajser was virtually flawless all weekend aside from a tip-over in race one on Sunday and he wasn’t riding over the edge either. He holeshot both motos and seemed to have speed in reserve if he needed it, it was a classy performance from Gajser who is on top of his game right now.

He now has a huge 83 point lead in the championship and a permanent smile on his face, saying he can’t wait to get to Indonesia! He looks at one with the bike and the extra hard-pack circuits this year are really playing to his advantage and letting him show his skills.

Gajser is in his fourth year of MXGP but he could still be racing in MX2, it’s amazing to think he is still just 22 years old! Given his youth he will probably get even better and it puts into perspective why he can still have a huge crash now and then, but when he rides like he does in Germany, it’s a sign of his growing maturity and poise. He’s in control now and he knows it.

Pauls Jonass: The MXGP rookie recovered from a tough Sunday at his home GP in Latvia where he took a rock to the eye and needed stitches in his eyelid to come within a few turns of making the podium in Germany!

Jonass got a great start in race two in Germany, gating second behind Gajser and went with the Slovenian keeping him honest for the entire moto.I believe Jonass has the talent to do that every week but with the depth in MXGP the starts are crucial for a rider like Jonass to get the opportunity to gauge himself with the speed at the front.

Indeed, he would have been on the podium had a determined Paulin not passed Anstie for fourth on the final lap!

Jonass is now up to ninth in the world championship, not bad for his rookie season after coming in under-prepared, but rides like this show the potential of the 2017 MX2 world champion.

Max Anstie: The Brit has had a very tough season so far, every time he gets some momentum going, something seems to go wrong and knock him back again. But, ever the optimist, Anstie keeps fighting and is showing that when healthy he has the talent to be at the sharp end.

Max also showed great sportsmanship, stopping to help Romain Febvre who had crashed and was stuck under the factory Yamaha rider on Saturday.

Anstie rode strong in both motos for 6th overall on Sunday, a great building block to hit the second half of the season hard and get back to fighting for the podium. When you see Anstie ride, his technique, talent and speed point towards a rider that should be battling for podiums every week, he has all the tools and hopefully the confidence can come back and Anstie can show everyone what he can do now he is back to full health.

Anstie commented: “You either win or learn and I am doing a lot of learning at the moment. Proud of myself that I was able to turn it around today after yesterday’s qualifying position.”