Who impressed: MX2 in Switzerland! 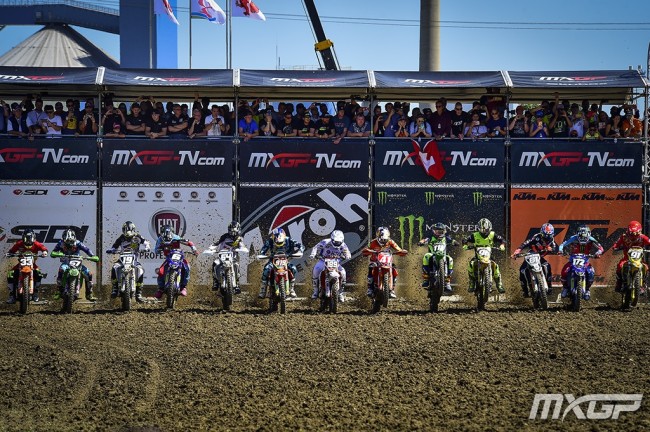 Benoit Paturel: Finally! It’s been a long time coming but the fast Frenchie finally has a GP win to his name. He has been struggling with his starts all season long but finally he got two top five starts and just look what happened as a result – he won his first even Grand Prix. This is Paturel’s last year in the MX2 category so he can look back on it with fund memories knowing he won a GP.

Paturel is said to be currently without an MXGP ride at the moment for next year so now he has proved he can win that should help him land a ride during his rookie MXGP season in 2018. Paturel could definitely suit the bigger bike and get some good results in the premier class.

Jeremy Seewer: At his home GP there was a lot of pressure on Jeremy Seewer to perform but he rode like a demon possessed. In the first moto both Seewer and Paturel were running an impressive pace but to the delight of the home crowd, Seewer held on for the win.

The start of the second moto couldn’t have gone any worse though as he went down at the start. Seewer charged his way through the field and after only five laps was up into ninth, that’s pretty incredible. He ended up fifth to secure second overall, it’s not a win but it wasn’t one for trying and the support Seewer had was incredible, he will look back on this GP with fund memories despite not being able to stand on top of the box.

Thomas Covington: A few years ago the technical Swiss track might have caused a problem for the American but he’s a much more versatile rider these days as he’s made great progress. In the first moto he got a shocking start down in seventeenth but charged back to seventh which was a good recovery ride.

Covington made life much easier in the second moto as he started in second and made a move on Prado for the lead on the third lap. He ended up second as Paturel was the stronger rider on the day but Covington was still strong. It wasn’t quite another podium for the American but a fourth overall is a good result, he’s starting to become a consistent top five rider.

Jorge Prado: The Spanish sensation is learning loads during his rookie season in the MX2 World Championship. At the start of the season he was a bit up and down but during the last three GP’s he’s been more consistent which is pleasing to see.

Everyone knows he’s fast in the sand and can win like he showed in Lommel but the hard pack tracks test him the most. The fact he finished fifth overall at the technical Swiss circuit shows he’s improving lots at those kind of tracks. The 2018 should bring very promising things for the Factory KTM rider.

Michele Cervellin: After a good start to the season for the Italian, things dipped mid-season due to not being fully fit among other issues. On his day the HRC Honda rider can be a consistent top ten rider and he proved that in Switzerland.

The Italian seemed to gel well with the track, he ended up eighth and twelfth in the moto’s for tenth overall.  He will be hoping for the same sort of results during the final four rounds. Cervellin will debut the 2018 HRC Honda in the US GP which could help improve the results.

Alvin Ostlund: The Swede’s best results tend to be in the sand but he had a good weekend in Switzerland. He ended up thirteenth in both of the moto’s to secure eleventh spot overall, he just missed out on that top ten.

Ostlund will hope to improve on his hard pack riding and make himself a consistent top ten rider but it is earlier said than done with a lot of talent in the MX2 World Championship. You just feel that the 2018 will be a big year for Ostlund in terms of whether he can become one of the top riders in the class.