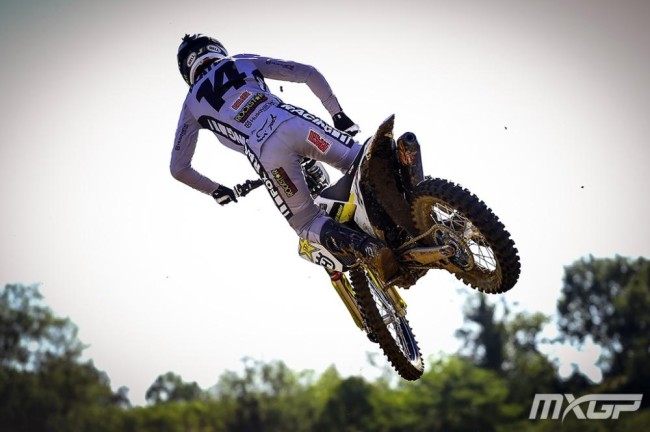 Jed Beaton: It has been a turbulent couple of seasons but Jed Beaton finally got back on the podium! Beaton has been riding really well this year and finally with a couple of decent starts the Aussie was able to put it on the box.

Living on the other side of the world and dealing with a lot of injury and disappointment can’t be easy but Aussies are a tough and determined breed and Beaton never gave up and is now back to the form people knew he was capable of.

“It feels great,” acknowledged Jed. “It’s been a long time coming and it’s great to finally get the monkey off my back and have a great first moto. My starts weren’t the best today but I made it work, especially in the second moto. I’m really happy to finally get onto the podium this season for myself and the team. It’s extra special because it’s my first podium result for Husqvarna. I’ve had a few second-place finishes, but the first moto has let me down so it’s great to turn it around and get on the podium with two good results. My riding was good today. My bike was great so thanks to the team and we’ll build on this ahead of Mantova.”

Stephen Rubini: The Assomotor Honda rider has been fast all year and in Faenza he was once again on the pace and coming strong through the pack. Rubini is becoming fast and consistent this year and 7-6-8 overall on a non-factory team at the three Faenza Gran Prix events is impressive and an indication to the talent of Rubini – he has definitely stepped it up this season.

Morgan Lesiardo: The former European champion has had a tough go of things in MX2 since he moved up a couple of years ago. For whatever reason, Lesiardo hasn’t been able to replicate his EMX speed in the world championship but in Faenza he was impressive. The Italian, at home on the hard pack tracks, was hovering in and around the top ten at all three events and finished with 12th overall at the third instalment. That consistent speed will hopefully give Lesiardo the confidence that he does belong in that company.