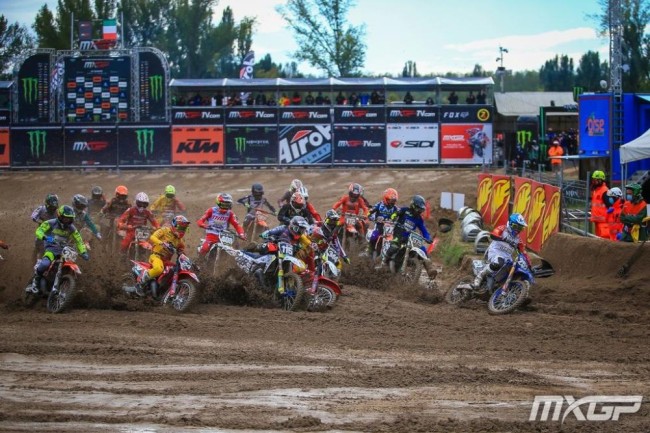 What a special day it was in Mantova for the extremely talented Velerio Lata. The 85cc World Champion clearly has lots of talent but during his rookie season in the EMX125 class he’s making the transition look pretty straight forward. 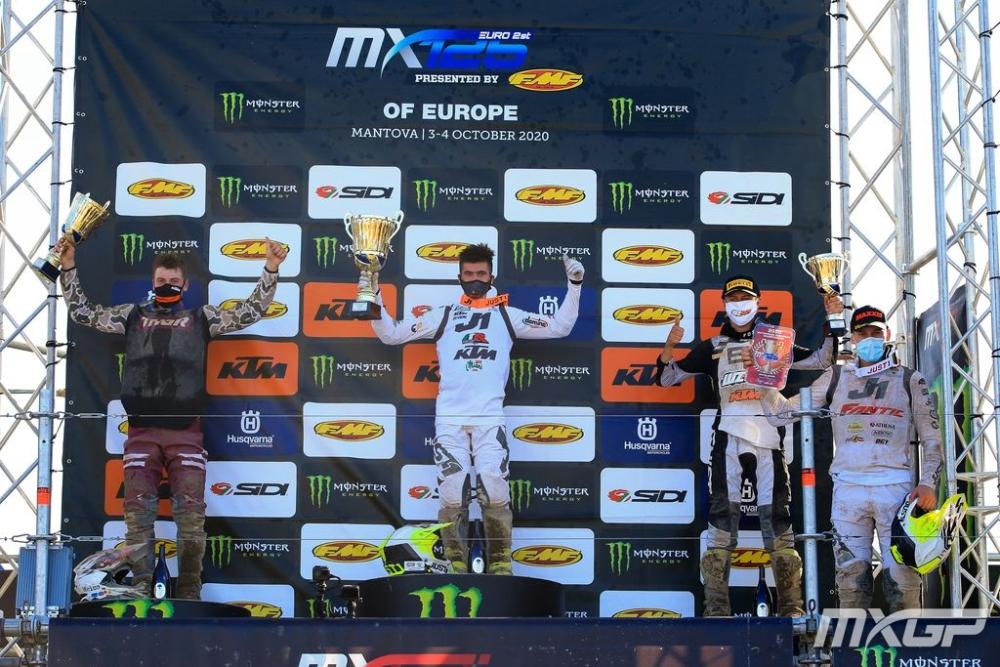 Lata on the top step of the podium! Pic: Infront Moto Racing

The Marchetti KTM rider went 2-1 in the moto’s to win the overall and his first overall victory in the EMX125 class, something he probably didn’t even expect this year but he’s already exceeding expectations. He also now sits a strong sixth in the championship – with another strong winter behind him he’ll be looking to battle for the championship in 2021!

It’s been quite a strange season for Estonian talent, Meico Vettik as he’s been racing both the EMX125 and EMX250 championships and we’ve saw him at the sharp end of both. Actually, Vettik seems to suit the 250cc 2 stroke more as tends to run at the front more often in the EMX250 class. Having said that, at Mantova 3 he was in fine form on the 125cc going 1-4 which was good enough for third overall. 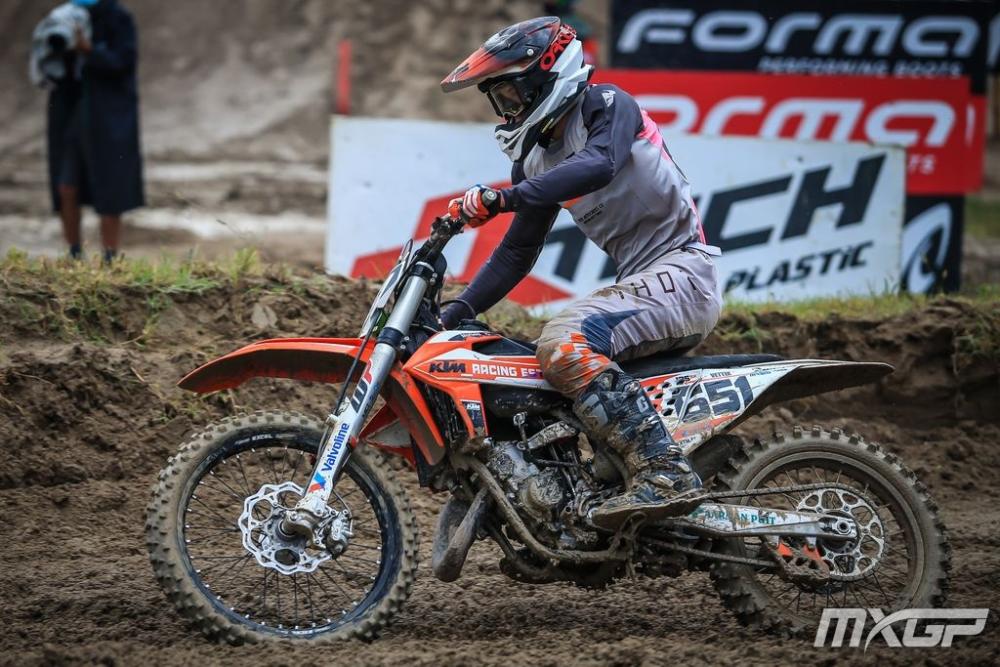 It’s pretty cool to see Vettik racing both championships but next year he’ll be fully focusing on the EMX250 championship you’d think and it would be nice to see him on the 4 stroke to see how he can adapt to the bike, if he adapts well then there’s no reason why he can’t have a bright future.

Young Swedish talent, Max Palsson looks to be getting better each and every week. It looks like he’s starting to believe that he belongs to running at the front of the class. Having signed with the WZ KTM team for the season it seems to have really helped him as the team enjoy working and developing the younger talents. 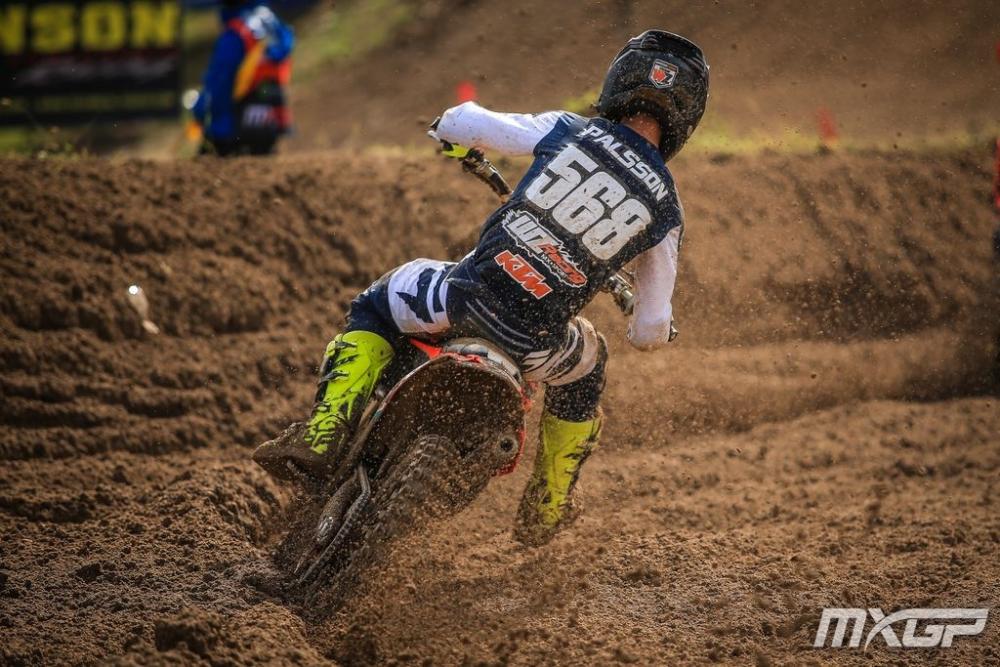 At Mantova 3, Palsson went 3-3 to secure his first EMX125 podium with a third overall and he really wasn’t that far off a race win. If he continues to work hard and improve there’s no reason why he can’t stand on the top of the box before the end of the season.

Italian rider, Andrea Roncoli has posted some good results in the past but consistency is the area he needs to improve, if he can do that then he’ll be one to keep an eye on.

The Husqvarna privateer went 9-2 to end up fourth overall which is his best finish in the EMX125 championship. Having just missed out on the podium he’ll want a podium finish before the season draws to a close.

It’s tough being an EMX125 rookie and young Latvian, Karlis Alberts Reisulis has found that out this year. Having showed really good speed on the 85cc last year he’s needed time to adapt to the 125cc but Mantova 3 was a big step in the right direction.

Not only did Reisulis have one good ride but he managed to put in two solid moto’s to finish 7-7 in the moto’s for seventh overall. This is the sort of result he’ll hope to build on and he performs well in the sand so Lommel might produce some more good results for him.

What a day it was for British talent, Bobby Bruce who doesn’t have too much European experience but with a wet track for the opening race due to some rain, he must have felt he was doing moto’s at home – typical British weather! After some riders made mistakes he was even leading but then made a mistake of his own but to just led at that level is impressive.

Bruce ended up 6-13 for ninth overall which is very encouraging. He now knows he has what it takes to run at the front so will look to do that at the remaining rounds of the series.

It was looking like it was going to be a fantastic day for Dutch talent, Cas Valk who is another rookie in the class. It hasn’t been the easiest transitions for Valk to make stepping up from the 85cc and an early season injury didn’t help his cause.

At Mantova 3 Valk took a good start in seventh and managed to move forward to finish an impressive fourth. He managed to take the holeshot in race two and led the first lap but a bike issue meant he couldn’t finish the race. It would have been quite frustrating because a podium could have been on the cards but there’s plenty of positives to take!