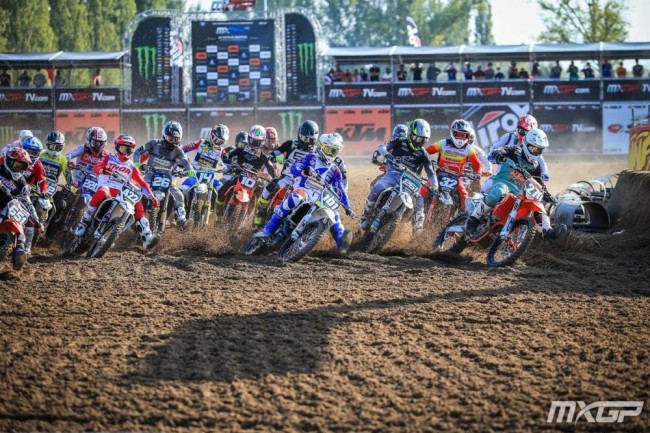 After the first race at Mantova really didn’t go the way Mattia Guadagnini would have liked he was out to prove a point on Tuesday and that’s exactly what he did. The Italian dominated the sixth round of the series by winning margins of approximately nine seconds in both moto’s. 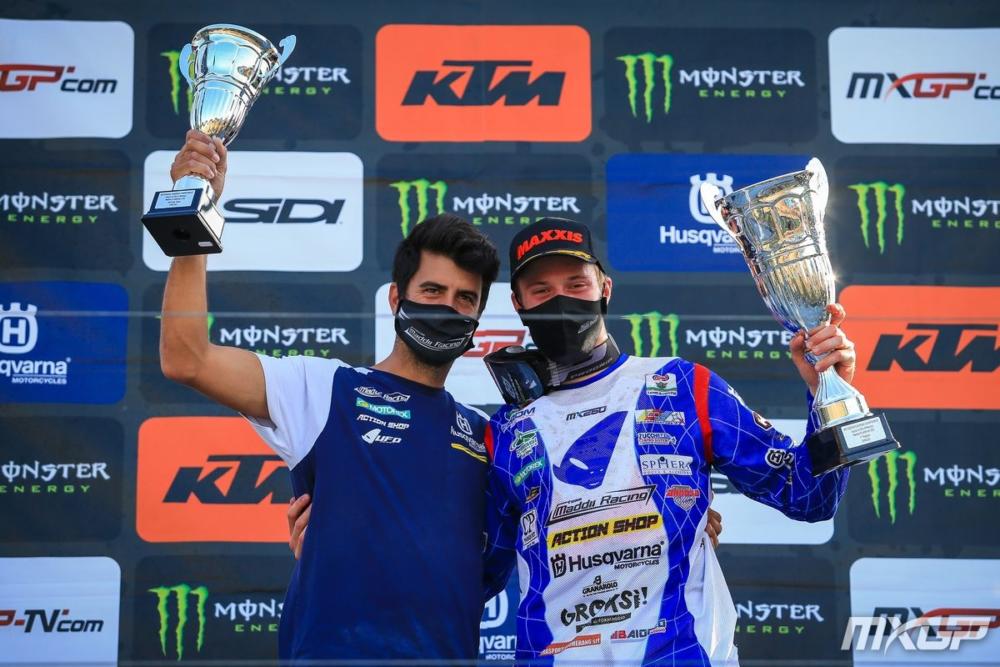 It goes to show how important starts are and Guadagnini has put himself in difficult positions with some bad starts this year but when he gets a reasonable start there’s no doubt he has the speed to win. With being 43 points down in the championship chase now the Maddi Husqvarna rider can now ride without any pressure so don’t be surprise to see more dominate performances from him.

Norwegian talent, Hakon Fredriksen just keeps on impressing in 2020 since signing with the SM-Action Yamaha team. In the first moto he managed a good start which is quite rare for him but certainly most welcome as it makes life easier! He came home an impressive third which put him in a good position for the podium. 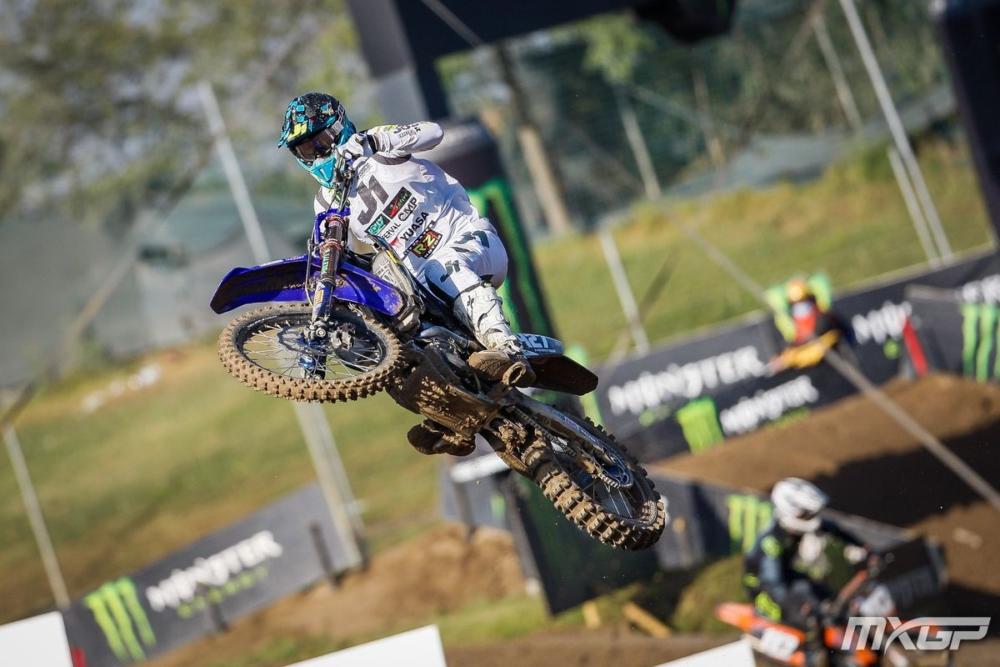 The second race went even better as he took another good start! He ended up second for second overall – it’s just typical the time he gets two good starts that Guadagnini is in that form but if he can continue to get good starts a win shouldn’t be far away. 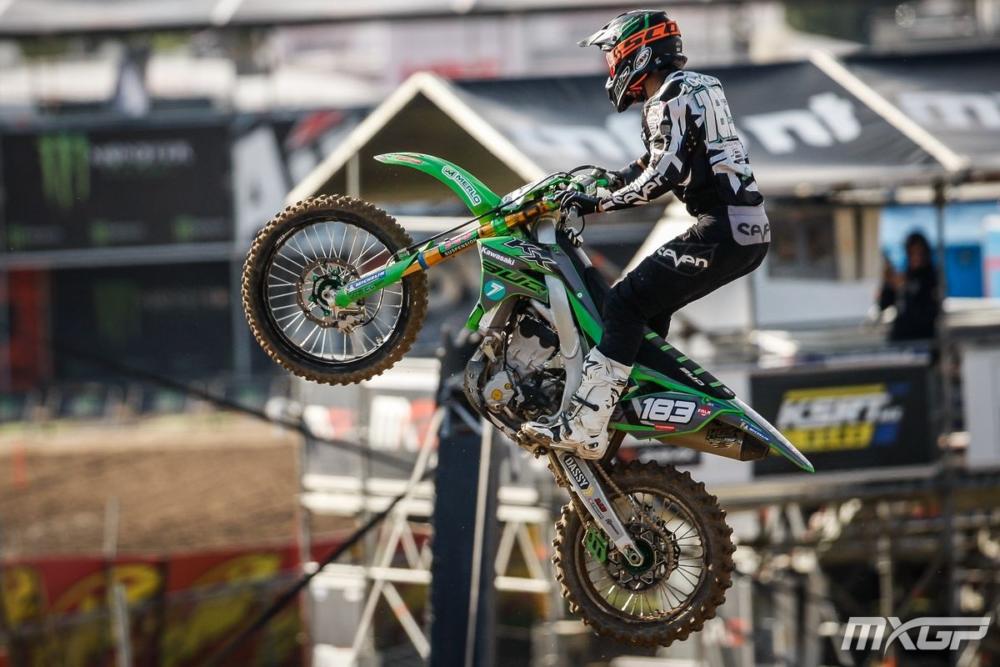 Starts haven’t been Locurcio’s strong points but he’s been able to work his way through the pack and perhaps being 23 and older than most the riders he’s in better shape fitness wise too. A 5-3 scorecard was good enough for third overall and he can be happy with the progress he’s made since being with the BUD Kawasaki team.

Young Estonian, Jorgen-Matthias Talviku has openly admitted that he’s had struggles staying on the bike lately so can be happy about how he performed at Mantova 2. In the first moto he had a solid race to finish in seventh but he improved in race two after getting a top three start. He eventually finished fourth to secure fifth overall. 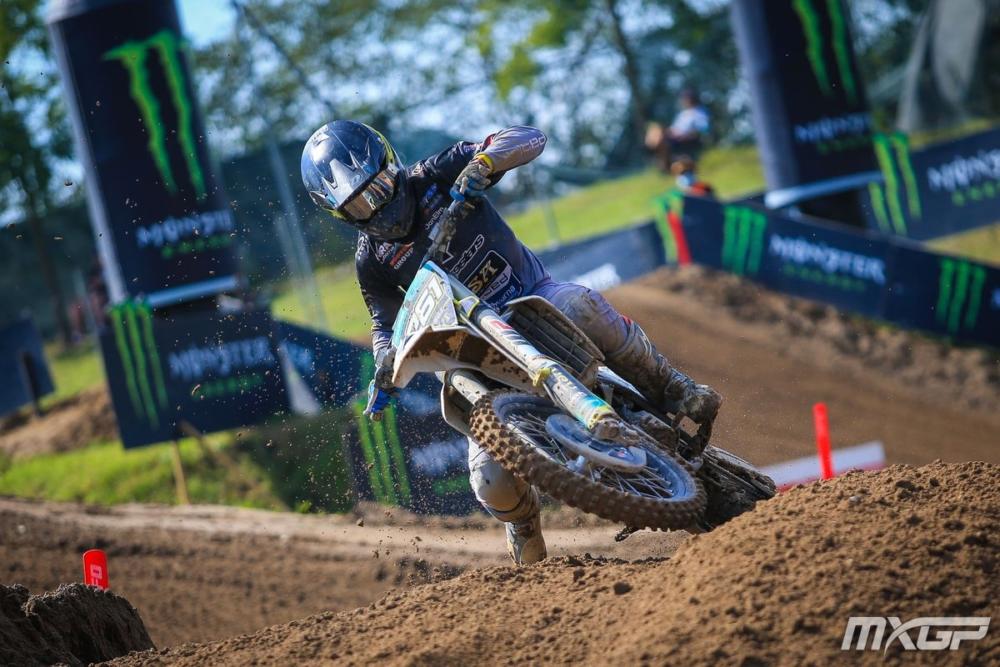 Talviku tends to improve as he gains more experience in a class so with another strong winter behind him he should be really strong in 2021 but for his rookie season in the class he’s performing well on the ASA United Husqvarna and sits sixth in the championship.

After challenging Guadagnini in the EMX125 class last year, Tom Guyon would have been looking to run at the front during his EMX250 rookie season. Whilst the VRT KTM rider has showed flashes of really good speed he’s made a few too many rookie mistakes – perhaps to be excited!

The French talent did manage to put two solid riders together at the latest round of the series. 4-9 was good enough for sixth overall and gives him something to build on. He needs to improve on his consistency and then the good results should start flying in.