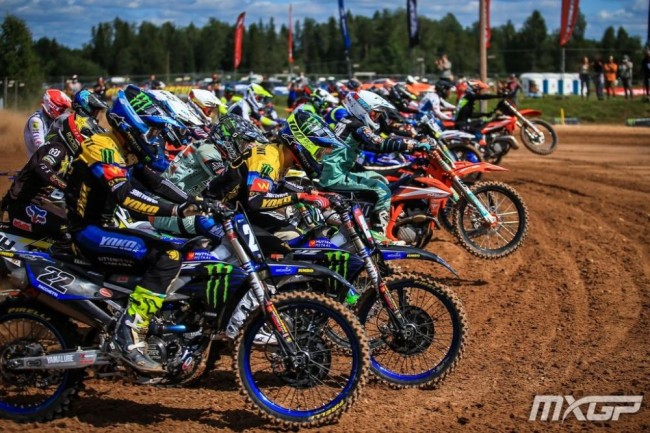 It’s really hard not to be impressed with Thibault Benistant with the way he’s riding at the moment.  At round three of the series, he simply dominated the event once again this time making it the perfect day by going 1-1. The French rider is clearly the fastest rider in the class at the moment and in current form he’s going to take some stopping. The Hutten Metaal Yamaha rider is a really good all round rider as he seems to enjoy many conditions and that’s a very good trait to have. Considering he’s French you can tell he puts plenty of laps in on the sand and actually enjoys it which is positive for the future and when he steps up to race MX2 which is looking likely for 2021 with the way he’s riding.

This year young Estonian rider, Meico Vettik is actually focusing on the EMX125 championship but with that series not taking place in Kegums he stuck in an entry for the EMX250 championship and what a decision that’s turned out to be.  The privateer jumped on a two stroke and showed some blistering speed during both rounds at the sandy track but it was the second round in Latvia he excelled the most.

The first moto, Vettik was just brilliant as he finished a very strong third, a pretty surprising ride but he absolutely deserved it with the way he rode. In moto two, after starting in seventh he crossed the line in sixth and it was enough to earn him second overall. A brilliant day for the young rider and it’s not easy being a privateer but with those kind of performances it won’t be long until he’s snapped up. It’s also nice to see a two stroke on the podium in the competitive EMX250 series.

Norwegian talent, Hakon Fredriksen recently signed with the SM-Action team to contest the EMX250 series and it’s looking like just the chance he needed. Being a privateer isn’t easy and even harder for Fredriksen – the guy is a giant! He’s clearly benefiting from having a good bike underneath him and it really showed during the third round at Kegums. 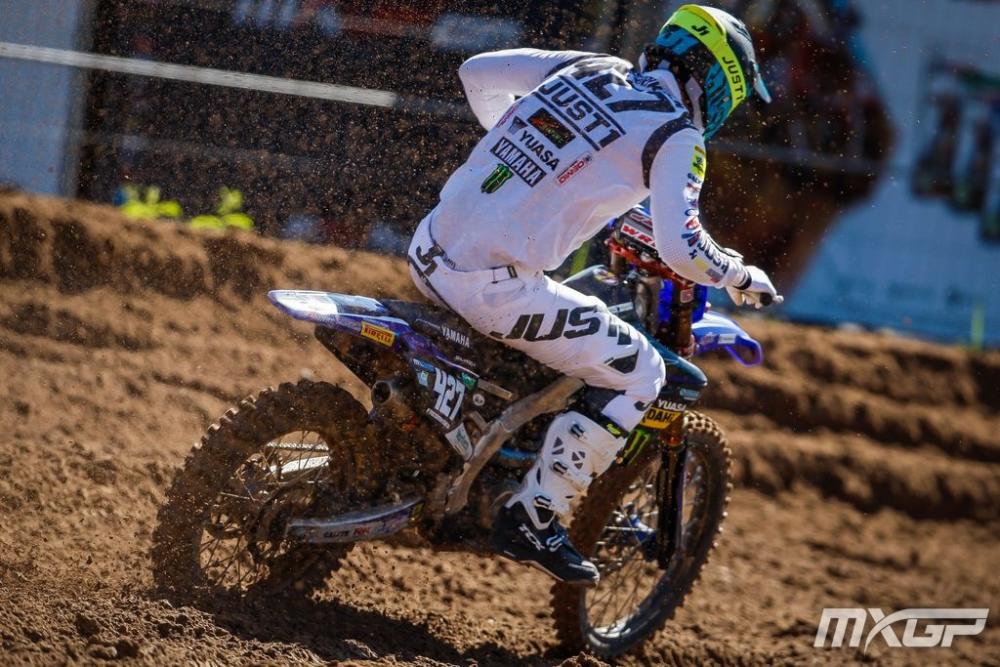 In the first moto, Fredriksen was caught up in a first corner pile up which is never a good start to a race but he sliced his way through the pack and came from virtually last right the way up to tenth with some very good lap times. He managed to get through the first corner unscathed in the second moto just outside the top ten but he put the hammer down and finished an impressive third. It’s the best result of his career so far but there’s no reason why he can’t continue to perform at this level – his starts are the issue. The guy gives off serious Arminas Jasikonis vibes, there’s no reason why he can’t go on to have a good career in MXGP – look at how he performed on the 450cc at the MXoN at Assen! Keep your eye on the Norwegian as he has lots of potential.

The Maddii Husqvarna team are good at identifying young talents and then bringing out the best in them and it looks like they’ve already made good progress with young German, Maximilian Spies. In the past, Spies has raced a two stroke but this is his first year focusing on the four stroke and he was in fine form at the third round of the EMX250 series at Kegums. Spies put in a quick lap during qualifying to end up ninth – that always helps and perhaps something which has been a weak point in the past as he didn’t even qualify at Valkenswaard for the opening round. 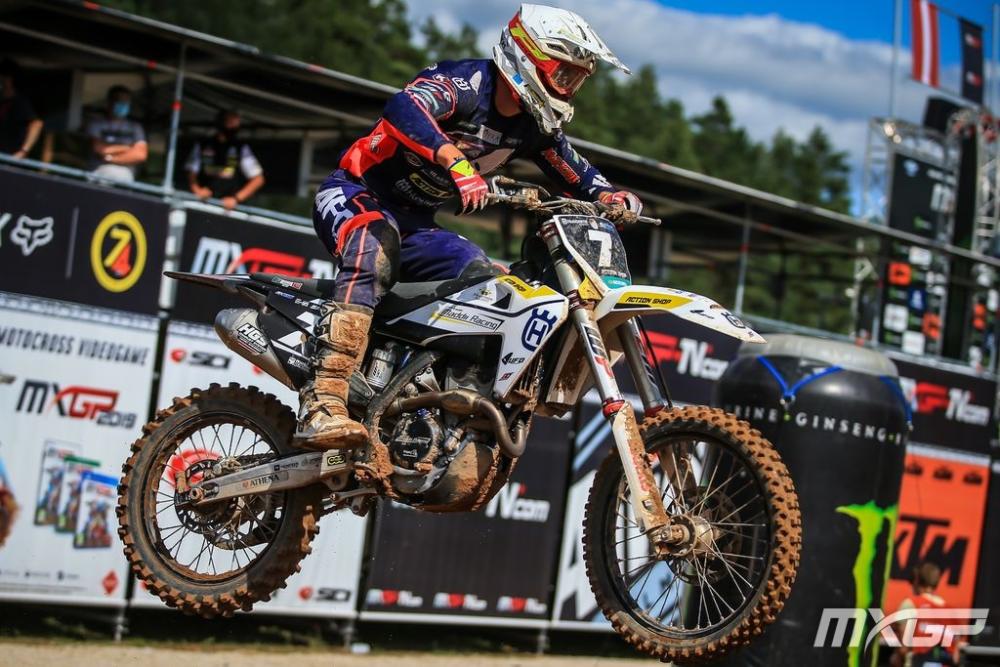 In the first moto, Spies took a decent start just outside the top ten but wasn’t content with that as he ended up coming home in sixth, his best ride at EMX250 level to date and no doubt a confidence booster. In moto two, the German was outside the top fifteen but worked his way up to the top ten to eventually finish ninth. A really good round and he might have even surprised himself to end up sixth overall but now he knows he can do it which is half the battle sometimes. Considering he didn’t even qualify for round one, it’s a very big improvement which is encouraging to see. Credit to the Maddii Husqvarna team as well who are clearly very good at progressing young talents.

It’s hard not to be impressed with Belgian talent, Liam Everts who’s stepping up to race the EMX250 series with no EMX125 round in action. Everts is still quite small and probably doesn’t have the strength the top EMX250 riders have but with the technique he has he’s able to have some competitive EMX250 results which is impressive. This is all just a learning curve for Everts who won’t make the full time jump up to the 250cc until next season but things are looking promising for his future.

At round three of the EMX250 series, Everts went 7-11 for ninth overall. With the rest of this season and another hard winter behind him, next year could be really exciting times for the young Belgian – let’s see what the future holds!