Who impressed: EMX250 in France! 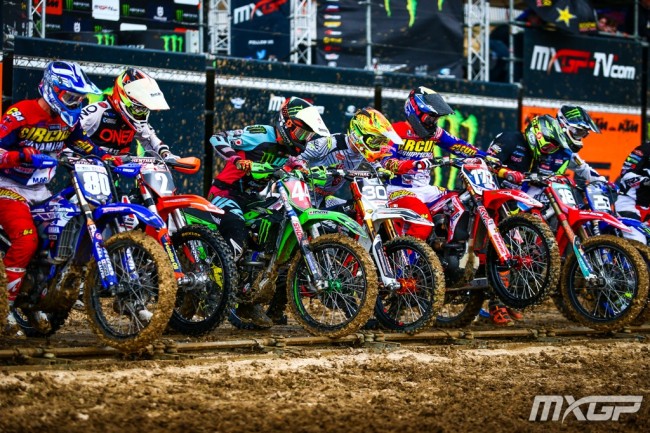 James Dunn: What a weekend it was for the Brit as he made history. This year was the first year that two strokes were able to race in the EMX250 class along with the 250cc four stroke machines. We had to wait until the last round but we finally have a two stroke EMX250 overall winner.

Dunn has been concentrating on the EMX300 series this year where he finished fifth after missing a round of the series. After missing a chunk of racing over the last couple of years he has been building his speed each and every weekend. He saved his best to last by winning the EMX250 overall which is pleasing to see as Dunn has a lot of talent. It remains to be seen what he will do in the 2018 season but after that display it would be cool to see him contest the full series and who knows, potentially battle for the championship!

Simone Zecchina: The season didn’t go to plan for the Italian as he picked up injuries throughout the course of the season. He had contested two rounds of the EMX250 series before the final round. He was able to save his best for the last round and end the season on a high.

Zecchina took to the tricky, wet conditions well posting fifth and second results in the moto’s to finish second overall. It remains to be seen if the Italian will stay with the Yamaha SM Action team for the 2018 season or what he will do but it was good for him to end the season on the podium in what has been a tough season.

Anthony Bourdon: The French rider always seems to perform in France as he has showed some good speed in the French MX2 Championship this year but seems to struggle taking that speed to other countries in the world!

Bourdon put in a superb performance in front of his home crowd this weekend though as he finished a solid twelfth in moto one.  There’s no doubting he would have been happy with his performance in moto one but the second moto was a dream for the French rider. He was in second and it looked like he’d finish there behind Lesiardo. The Kawasaki rider had a bike problem on the final lap though which meant Bourdon won! He ended up third overall which will be a great confidence booster. Hopefully he rides the series next year and he can start putting in those performances outside his home country.

Tom Koch: The German rider sat outside the top twenty of the championship before the final round as the Sarholz KTM rider would have wanted much more from this season. The final round was a huge improvement though as he took to the conditions well.

Koch ended up a solid fifteenth in the first moto which was something to build on. The second moto was much better though as he ended up fifth. Koch ended up seventh overall and twentieth in the series after a good final round.

Josh Spinks:  James Dunn wasn’t the only British wildcard during the final round as Josh Spinks decided to have a go at the EMX250 series in France. Spinks showed great pace all weekend long around the French hard pack track. In the first moto Spinks ended up a very impressive fourth. Considering this was his only EMX250 race of the year that was an impressive result.

In the second moto, Spinks got a dream start as he was second after the first lap. He dropped back to fourth but was looking comfortable before becoming one of the victims to the very tricky and muddy track. He ended up getting stuck and went back to nineteenth. However, Spinks can be happy with the pace he showed this weekend and can still be happy with his tenth overall. Hopefully he can do more races in the series during 2018.74

It wasn’t the best weekend in terms of results for Morgan Lesiardo but congratulations to him for winning the 2017 title, it was very much deserved.