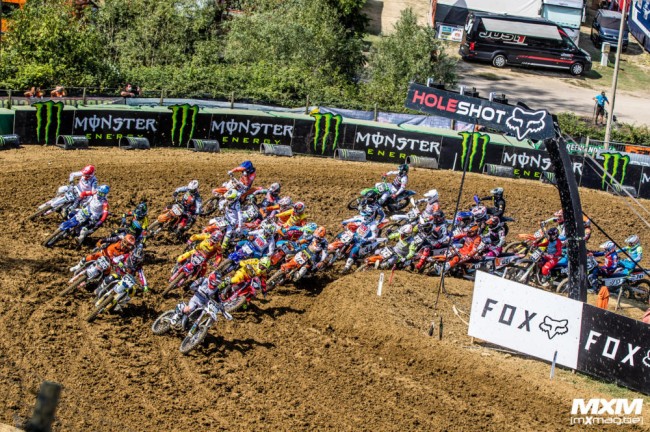 Watching the EMX125 class at Faenza, you’d have thought that Andrea Bonacorsi is well used to winning but he only clinched his first EMX125 overall during round two at the weekend. He done the same at round three – he’s on a roll and clearly loves the slick hard pack track. 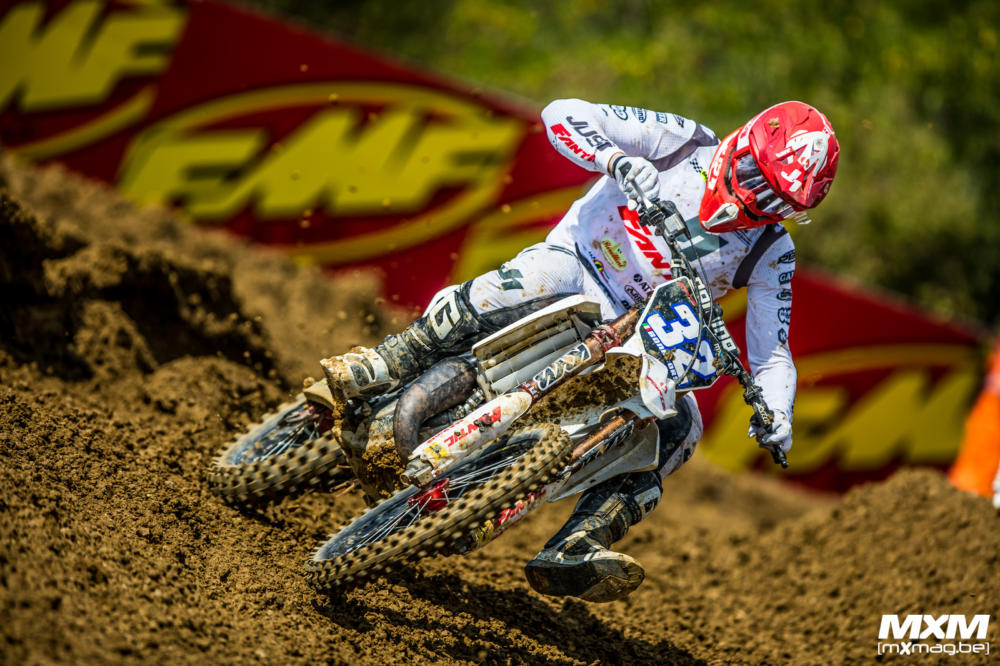 With Everts out for the foreseeable future, it might take some stopping Bonacorsi in terms of the championship race as he’s won the last four moto’s and now has the championship lead. If he keeps riding like this it’ll be incredibly hard to stop him on Saturday as well. Bonacorsi has always showed potential and it looks like this year is the year it’s all coming together for him which is good to see – he should have a good future on the 250cc as well.

After just missing out on a podium at the weekend, Pietro Razzini didn’t make the same mistake twice as he brought his A game. The one thing he needed to improve from the weekend were his starts and that’s exactly what he did. 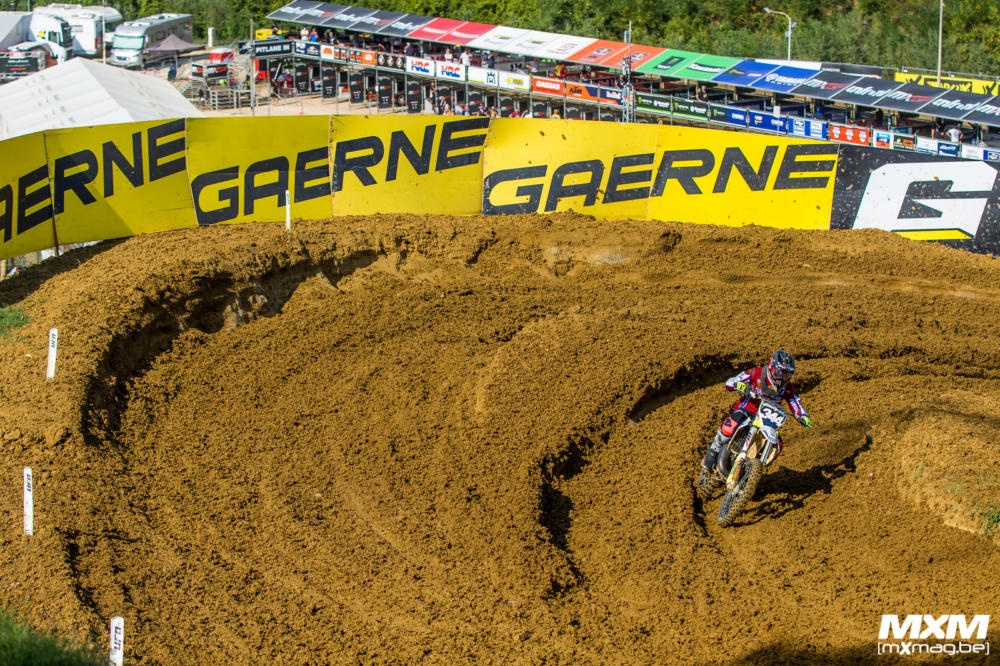 In the first moto, Razzini started second and briefly led before Bonacorsi found his way past but second was a great result. In the second moto he grabbed the holeshot and really put up a good fight but just couldn’t hold on for the win but 2-2 for second overall is by far the best EMX125 result of his career. The experience leading should only do him wonders in terms of confidence as well. Despite a bad start to the series at Matterley Basin he’s lifted himself up to second in the championship and has put himself in contention.

Young Swede, Max Palsson has showed some good speed in the EMX125 class in the past but consistency is something he can improve on and his results at Faenza back that up. At the weekend he finished a solid tenth overall but he was much better today which is what he’d have been aiming for.

In the first race he didn’t have a good start as he was buried in eighteenth after the first lap but he rode well and ended up eleventh. In the second moto he took a great start in second and really showed what he could do as he finished in third, a fantastic result! Swede’s tend to be much better in sand so it’s good to see him excel on a slick and hard pack track. 11-3 was enough for an impressive fourth overall.  A podium could be on the cards if he can get two good starts and put it all together.

One rider that looks to be getting better and better is young Italian, Andrea Roncoli. The Husqvarna rider didn’t get the best of starts in the first moto as he was down in fifteenth after the first official lap. However, he plugged away and came back to a solid ninth, a good recovery ride.

In the second moto, Roncoli finished another solid seventh, he’s very consistent but will now be looking to push on and make top five results, he does have that potential and especially he can sort his starts out.

Young Dutch talent and an ex EMX65 champ, Scott Smulders clearly has a lot of talent but since making the move up to the 125cc we haven’t saw too much of him at the front. However, Faenza despite not being a track you’d have thought he’d like he had a good day. 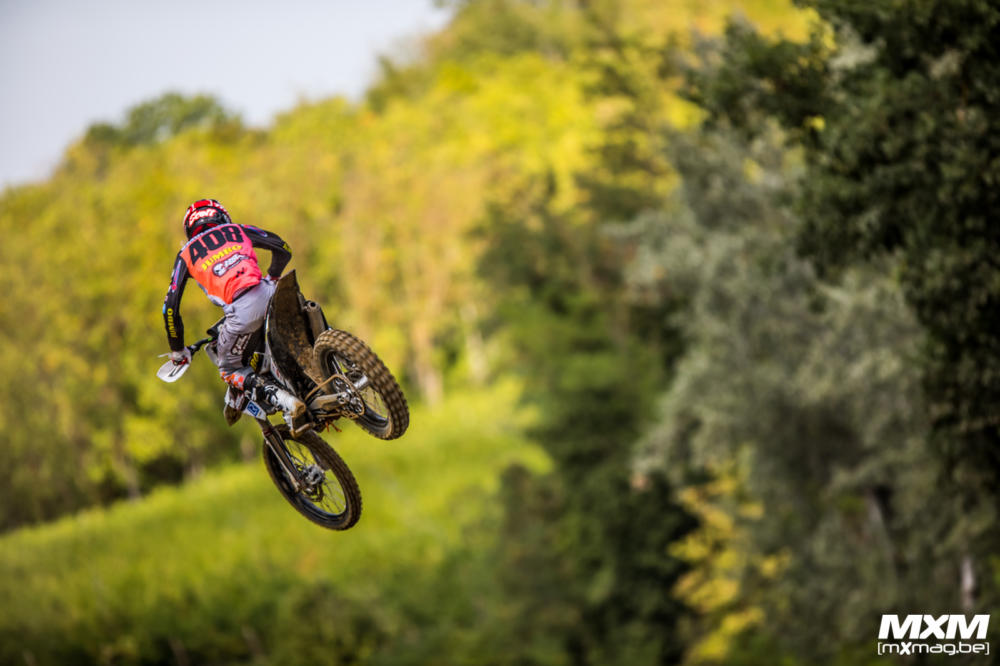 Smulders BT Husqvarna was a rocket out of the start which certainly helped him out. In the first moto he was right at the front but perhaps being a bit too excited rode tight and faded to seventeenth but points on the board.  He took another good start in the second moto but this time stayed calm and came home a very impressive fifth which he can be very pleased with. A step in the right direction and he should heading into the next round feeling confident and comfortable around a slick hard pack track.

Luck wasn’t really on his side but Andrea Rossi showed really good speed at the third round of the EMX125 series. In the first moto Rossi led for half the race which would have been a big confidence boost before coming home in an impressive fourth. 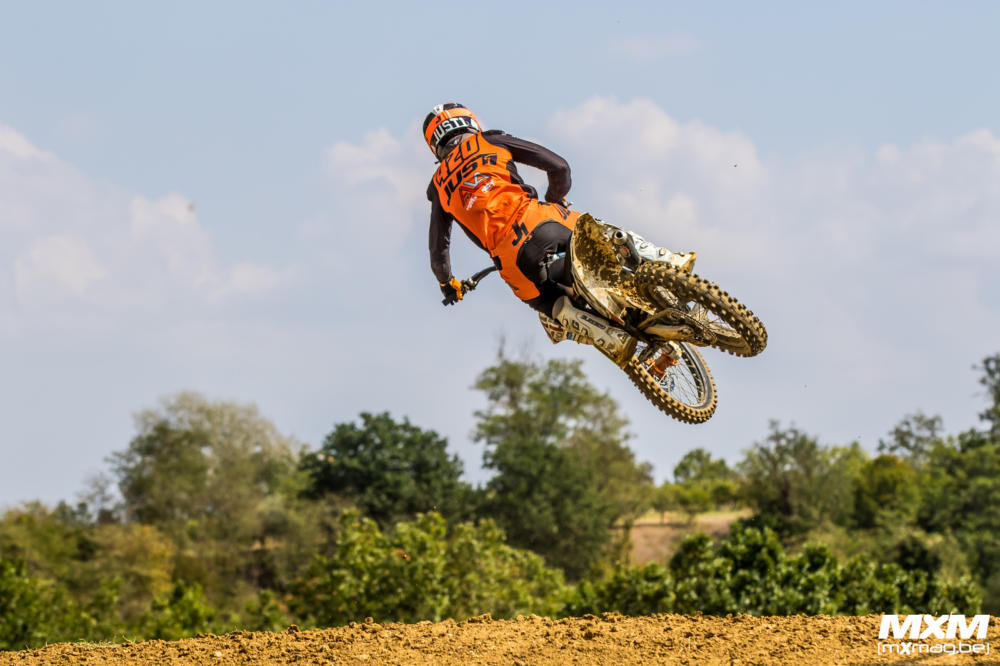 Unfortunately in the second race he literally had the worst start you could ask for. He went to early and hit the gate which meant he was dead last and as he set off another rider crashed in front of him giving him a lot of work to do. Unfortunately he was so far behind he could only get back up to twenty-fifth but he had podium speed so he can still be happy with the way he round.