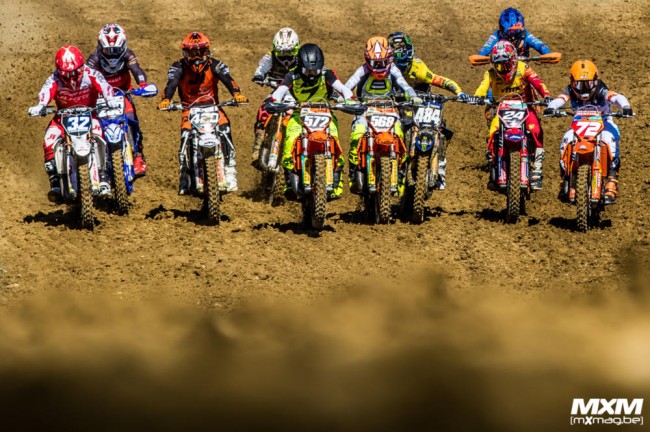 Coming into the season, Andrea Bonacorsi was one of the more experienced riders in the class and was one of the favourites for the title but the Fantic was a bit of an unknown. However, what a day it was for the Italian at one of his home tracks in Faenza.

The Italian looks like a giant on that 125cc so struggles with his starts because of that but he managed to come through to take the win in both moto’s. The first moto he dominated but in the second moto Razzini made him work hard but he still got the job done. A special day for the Italian as it’s his first EMX125 overall victory and the first overall win for Fantic after just two attempts! Bonacorsi is now tied for the championship lead and you’d be foolish to rule him out for the title – he now has the confidence and with the same track hosting the next two rounds he’ll be looking to grab hold of that red plate! 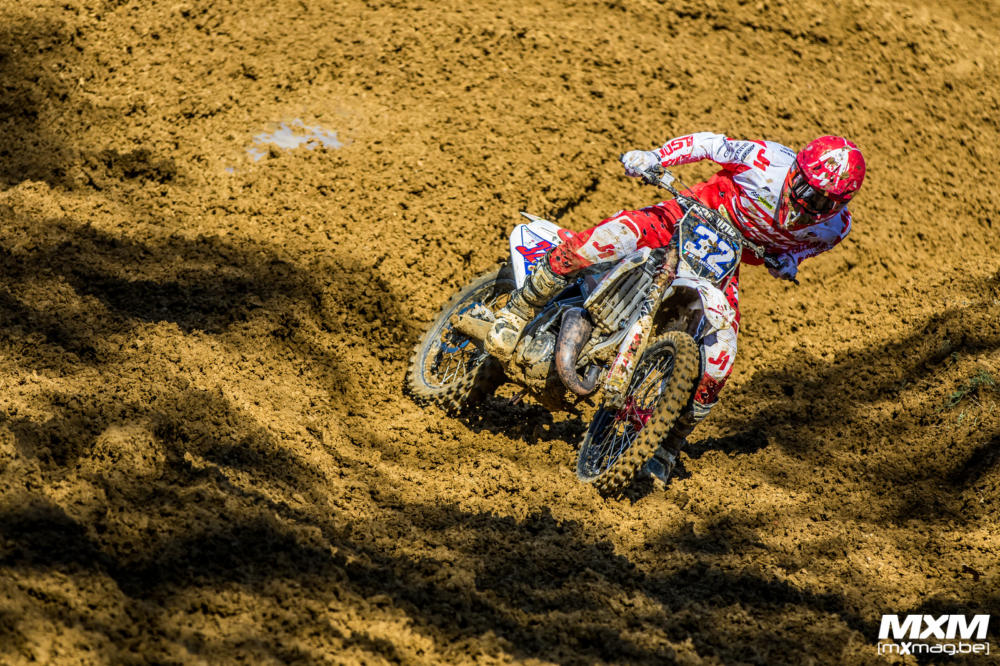 It was a great round of the series for the GasGas riders. Young Spaniard, Guillem Farres excelled at the slick hard pack track to finish 2-4 which secured him second overall. After a disappointing Matterley Basin that’s much more like it for Farres and what we expected coming into the season, he’ll look to build on this performance and he has the potential for race wins too.

Farres’ team mate, David Braceras was really good during the second round of the series at Faenza and perhaps one of the surprise packages of the day. In the first moto on a heavily watered and slippery track,  Braceras started fourth and that’s where he finished, it was a relatively uneventful but solid race.  In the second race, Braceras took the holeshot and looked very comfortable at the front, he actually led eight laps before coming home in third to secure the last step on the podium. Despite not having much experience leading at European level in the past, Braceras looked really good and that should be a big boost for his confidence. 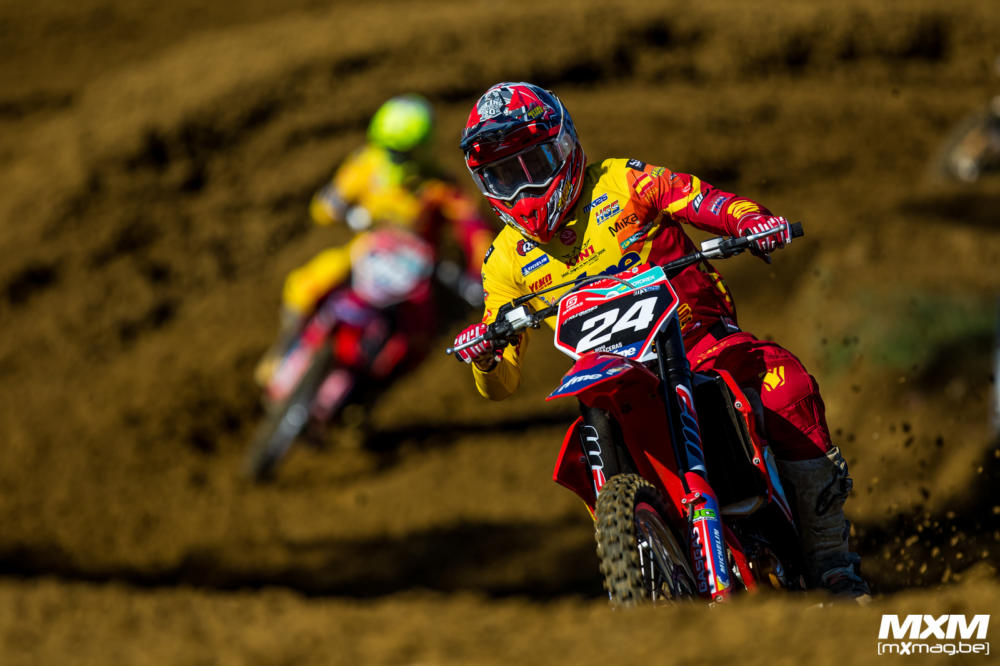 A shout out to the other GasGas rider – Gerrard Congost as he actually missed the opening round of the series at Matterley Basin but he finished fifth overall at Faenza. GasGas will be buzzing to have all three riders in the top five – a brilliant days work for the team!

One rider that looked good during the International Italian races back in February was Pietro Razzini but he failed to translate that speed to Matterley Basin. However, back in Italy it’s a different story, he’s really comfortable racing in his home country and it shows.

Eighth in the first moto after a bad start was a very good recovery ride and in moto two he made Bonacorsi work hard for his win. The bad start cost him a podium but he’ll know he now has what it takes if he can get two good starts. If he can manage to translate the speed he has in his home country to other parts of the world, he’ll be a contender! 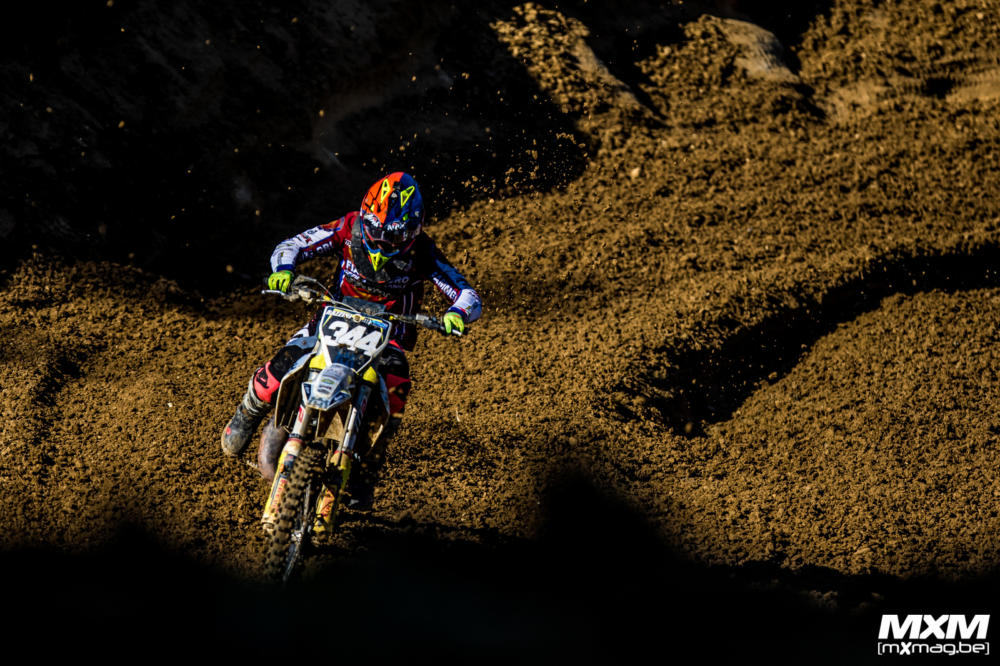 Last year was a rookie EMX125 season for Constantin Piller and it would be fair to say the season didn’t go according to plan but he looks much more improved this year. Whatever he worked on over the winter preparation and then during the lockdown period has most certainly worked.

The Kosak KTM rider ended up a fantastic third in the first moto and even led some laps which will do him the world of good. In the second moto he crashed when he was in the top ten and dropped back to twentieth but ended up fifteenth. It was enough to earn the best EMX125 result of his career so far with sixth overall.

It’s hard to believe but BUD Racing’s Quentin Marc Prugnieres didn’t actually qualify for the opening round of the series at Matterley Basin. You wouldn’t have thought it with the way he was riding at Faenza. 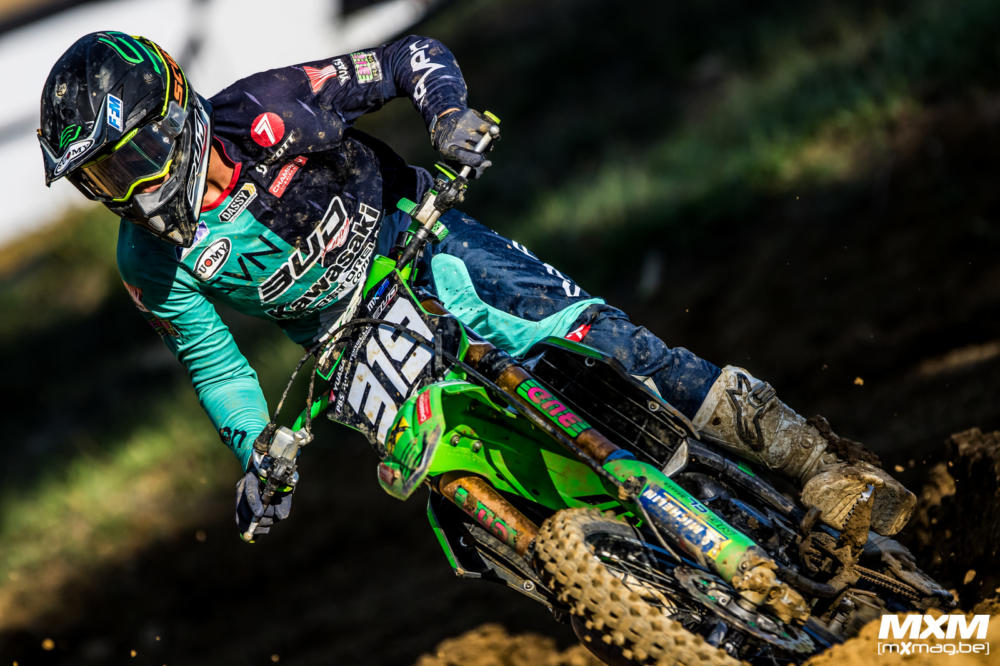 He actually set the quickest time in qualifying so the start of his day couldn’t have gone any better. Unfortunately in race one he went down and was buried outside the top twenty but he stayed calm and worked his way up to eleventh – a good ride under the circumstances.

In the second race he was right in the mix and made moves to come home in fifth. Considering he’s an EMX125 rookie he’ll be happy with his seventh overall and the huge improvement from Matterley Basin. Prugnieres has a very smooth style and is nice to watch, he should only continue to improve as he gains more EMX125 experience.