Who Impressed: EMX125 in Lommel! 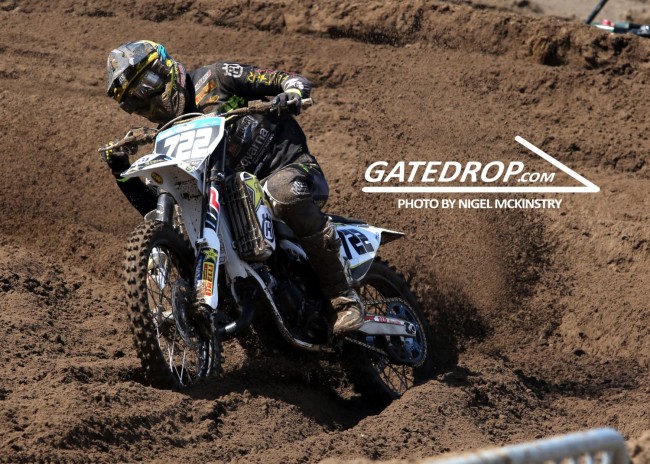 Mikkel Haarup: The Danish youngster missed out on the Junior World Championship title but he was back on his favoured sand conditions at Lommel and he didn’t disappoint. The Ice One Husqvarna rider didn’t get the greatest of starts but he was a man on a mission.

It was a joy to watch him in the second moto, by the time he got into second he was over fifteen seconds behind the race leader but he put on a charge and made it happen. Haarup is now only eight points behind the championship leader with two rounds to go, it’s wide open. But whether he wins the championship or not, Haarup has an incredibly bright future, make no mistake about that.

Brian Moreau: Lommel would have been one of the races that Moreau wouldn’t have been so excited about as the talented Frenchie prefers the hard pack conditions. However, it looks like Moreau has really been working hard in the sand as he looked pretty good in the brutal conditions this weekend. The BUD Kawasaki rider picked up forty championship points and has an eight points advantage. With the remaining two rounds in hard pack he will be feeling good and confident he can lift that title.

Gianluca Facchetti: The young Italian is another rider that needed to improve in the sand and he certainly has as he was flying all weekend long. The newly crowned 125cc World Championship was at times the quickest on the track on his Maddii Racing Husqvarna. However, crashes cost him this weekend as he took a few nasty ones but if there’s one track you can excuse him for that then it’s Lommel as it’s not hard to make a mistake around there. He ended up on the podium with a third overall, after a slow start to the season things are starting to turn for the talented Italian and he’s one of the fastest riders in the class at the moment.

Jeremy Sydow: I was really impressed with the young German this weekend on his WZ Racing KTM. Sydow prefers the hard pack tracks but you wouldn’t have thought it watching him this weekend and actually Lommel was the best round for him all year. Sydow ended up a very impressive fifth overall in a stacked class and beat plenty of the sand riders.

Filip Olsson: It was a very good weekend for the Swedish privateer as he ended up eighth overall finishing fifteenth and ninth in the moto’s. When Olsson is on it then he can be fast and a top ten rider but he hasn’t been as consistent as he’d want to be. That’s an area he will hope to improve in so he can become a consistent top ten rider, something he’s more than capable off.

Emil Weckman: After winning the EMX150 title two years in a row plenty was expected of Weckman in the EMX125 class but things haven’t gone as expected so far. After moving from the JTech Suzuki team to the DIGA KTM Racing team things have certainly improved. Lommel was by far his best performance of the year so far as he finished ninth overall, he will be hoping to maintain that level during the last two rounds of the series.