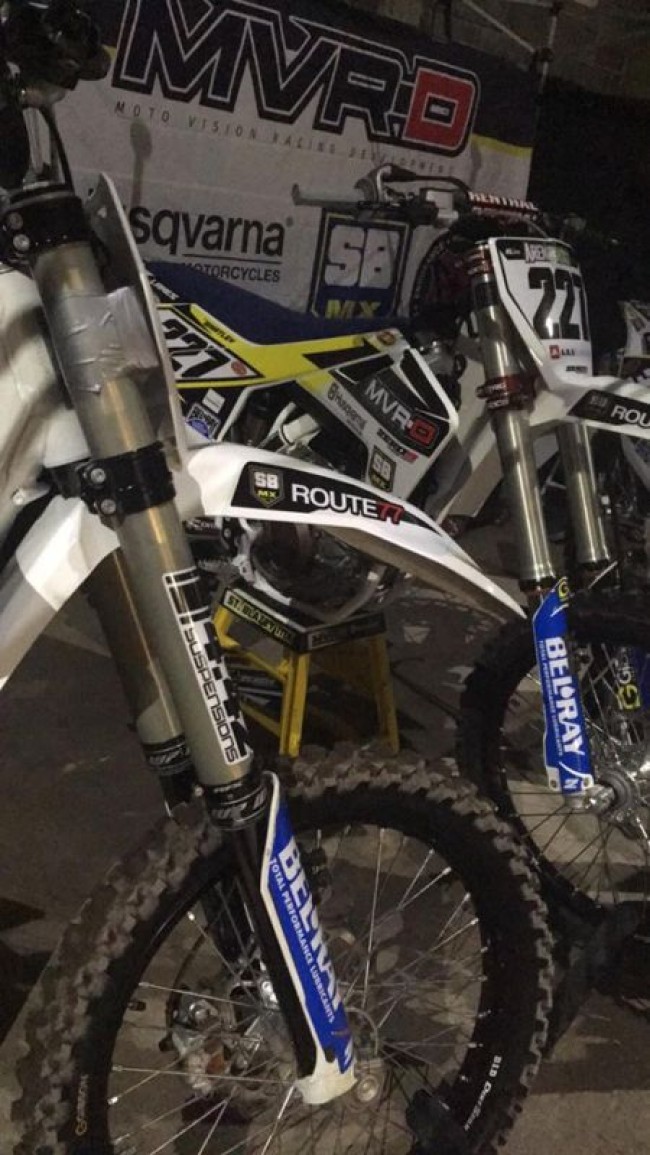 MVRD Husqvarna rider Kristian Whatley is a no-show at the first round of the Arenacross championship today, despite his team bringing his bikes to the event!

No reason has surfaced as to why the talented former British motocross champ isn’t there but it is a blow for the team, especially when boss Mark Chamberlin said in an interview with Gatedrop this week that they were hoping to enjoy the championship with Whatley on board: “Kristian hasn’t done a lot of AX training. We are going into this championship with an open mind and to enjoy the series,” explained Whatley’s team boss.

It means that after Tommy Searle getting injured and Kristian now not appearing, the fans haven’t got to see two of the big names of British motocross in Arenacross action this weekend.

We will have more news as the story unfolds.