Where next for Jake Nicholls? 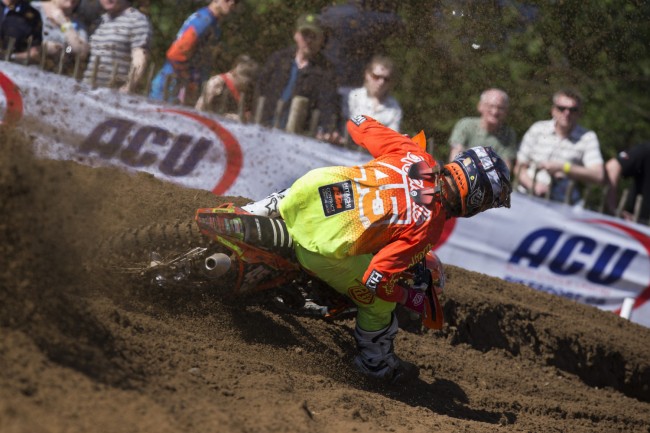 Last week Jake Nicholls confirmed that he has called it a day on his Grand Prix racing. However, the Brit did confirm he was talking to some teams in the UK to race the Maxxis British Championship in 2018. As a bit of fun we take a look at some of the teams he could end up at.

Buildbase Honda: With speculation that Graeme Irwin will be leaving the team to compete in MXGP World Championship next year the team will be looking a top class replacement. With Jake Nicholls available he would be the ideal replacement, he has Grand Prix podiums to his name and would challenge for the British MX1 title. After seeing Nicholls on the KTM/Husqvarna for a number of years it would be strange seeing him on a Honda and he’d have to adapt to a new machine but he’s more than good enough to adapt quickly.

MVR-D Husqvarna: One of the best teams in the British paddock, of course the MVR-D Husqvarna outfit used to be a Grand Prix team but focus on the British Championship these days. I wouldn’t be surprised if the team were interested in a top rider like Jake. It would also allow Kullas to solely focus on the MX2 class next year instead of competing in two classes on the same day.

Apico Husqvarna: The Apico Husvarna have three contracted riders this year in the form of Kristian Whatley, Matt Burrows and Jamie Law. Unfortunately, Kristian Whatley picked up an injury which ruled him out for the rest of the season. If they could sign Jake to partner the talented Whatley that would be one heck of a team to take on the British series. If they managed to get Jake they probably wouldn’t have the budget to run three riders though.

Hobbs Kawasaki: The official Kawasaki team in the UK will most likely be on the lookout for an MX1 rider next year. Steven Lenoir tragically lost his life this year competing in an International race in France and he had been competing in the British series for the team. It’s likely that Kawasaki will be on a look out for a top rider to run at the front of the championship and with few of them around Nicholls could be the perfect option.

Hitachi KTM UK: Even though Jake confirmed he was calling a day on his GP racing career he never actually confirmed he was leaving the Hitachi KTM UK team. Even though it’s likely that he will leave there’s still a slight chance the team could give him a bike for the Maxxis British Championship and compete for that title. It may depend on whether the team want to sign a rider for the MXGP series though which is likely.