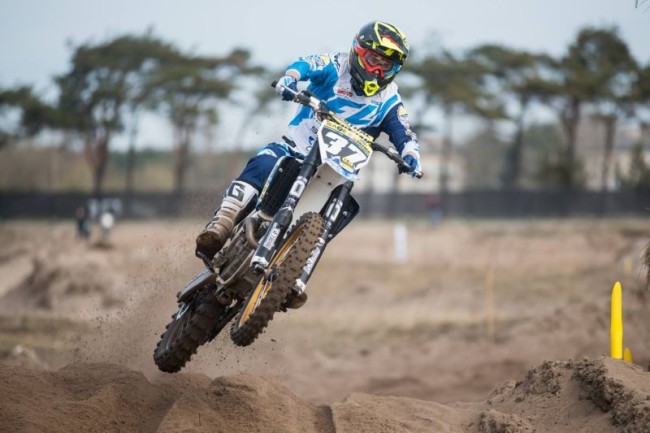 Only two years ago, Latvian talent, Thomas Sileika was putting in some great results in the EMX125 class. Last year he stayed with the Diga Racing team for his rookie year in the EMX250 class. However, Thomas is more of a privateer this year and was hoping to contest the entire EMX250 championship again.

Thomas finished 21st at the first round – in such a stacked class there is certainly no shame in that! However, due to not getting points in second race in Latvia, he won’t be able to ride in Germany due a financial struggle.

It will be interesting what the future holds for the Latvia, it’s not easy to come from there and get great results straight away.  Let’s hope we can see him back in the European scene again soon!

Thomas posted the following message on his facebook page – “Little update: wont be racing my favourite GP track in Germany this weekend cause I’m 0.021 seconds a lap too slow in 25min moto. Its really dissopointing for me as I get better every day after such a rough offseasson where I had almost no bike at all, and was able to start training only few days before first GP.
Really dont know what the future holds for me, but one thing is sure, I don’t doubt my ability on the bike and off it. So I’ll keep fighting as I have all year long. Good things will come, I still believe.
So see you later guys!”