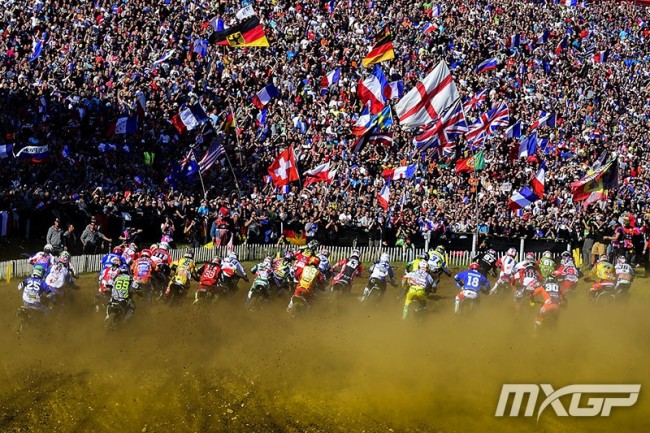 The Monster Energy Motocross of Nations (or MXoN) is back, set to be held between September 30th and October 1st. Sometimes referred to as the Olympics of Motocross, it’ll bring the best motocross teams from around the world to England for a competition that, as always, should be a thrill for anyone in attendance or tuning in from home. Here are a few words on what to expect.

We should start off with the location, because that alone should make MXoN 2017 a special event. The races are returning to Matterley Basin for the first time since the track’s debut in 2006. This circuit, designed by the well-respected Johnny Douglas-Hamilton, is located in Winchester in the Southeast of England, and in fact within an area known as an Area of Outstanding Natural Beauty. Per the event website, it’s the circuit’s 95% visibility of the whole race from a given vantage point that primarily sets it apart. Unlike many other racing events, not just in motocross but in other sports as well, you aren’t merely staking out a spot to watch a given stretch or turn; you can actually see most of the race, despite the fact that it’s a thorough professional (and very challenging) track.

As for the competition itself, all eyes will be on the French team to attempt to win a fourth straight MXoN. This is an event that has historically been dominated in stretches by nations. Great Britain controlled the first two decades, winning 15 of the first 20 events, and five straight between 1963 and 1967. Belgium won repeat championships three separate times for a total of six titles between 1972 and 1980. And from 1981 to 1993, the United States won an incredible 13 straight MXoNs (and later won seven more in a row from 2005 to 2011). But France has won the last three events, and given this history of drawn out, dominant runs, they’ll be looked at as perhaps the favorite this time around as well. The French team was recently announced, The French team was recently announced, and will be captained by Gautier Paulin, who’s been with the team since 2009.

Attending the event should be mostly about the races and the warm-up and practice events that fans have access to. This is particularly true at what can appear to be a sort of pop-up circuit like this one, located in a rural area and even including campsites for attendees with RVs. However, there are other experiences to enjoy as well. Champagne, afternoon tea, a fully stocked bar, and various other dining options are all available on the grounds. This makes for a distinctly British experience, and one that fans will all enjoy – particularly given that there are both indoor and outdoor dining areas with views of the course.

We can’t say for sure, but don’t be too surprised if there are some fun little fan experiences provided by Monster Energy as well. For instance, a virtual reality booth is well within the realm of possibility. Monster is a fairly innovative company with regard to action sports, and has interviewed rally drivers before about virtual experiences. And rest assured, VR is only getting more closely tied to actual sports. We’ve begun to see the emergence of virtual sports markets online, in which people bet on digital versions of racing sports. And activities like drone racing embrace VR both for performers and for spectators. Monster may well provide some sort of VR simulation for Motocross fans to enjoy – though again, we can’t say for sure. This is merely a prediction.

Otherwise, you can just expect some really great racing! MXoN is a unique and special event for fans of motocross, made all the more special by the fact that it feels a little bit different every year. Matterley Basin is an outstanding circuit, however, and should host a particularly thrilling set of races. Plus, if you happen to attend, you’ll have travel options before and after the actual event. You’re quite close to the port city of Southampton, right on the edge of the South Downs National Park, and really, not far from London should you want to visit. This is part of the beauty of hosting major occasions in England!