What brought Barcia back to form – bike or rider? 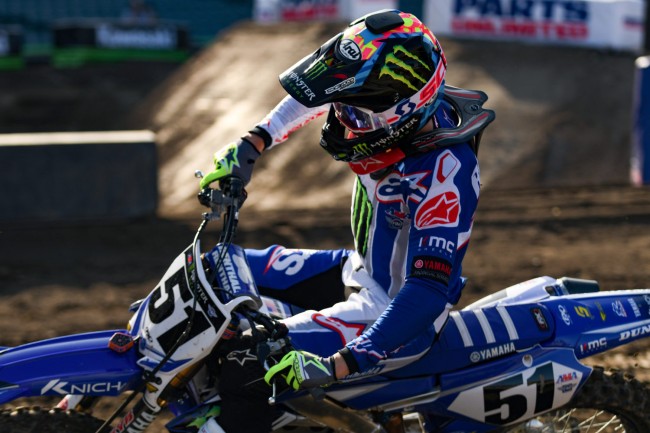 While Ken Roczen is the biggest comeback story of 2018, Justin Barcia is writing a very good story of his own.

After three seasons of injury and frustration, Justin Barcia has had an incredible resurgence in 2018.

Barcia went from the next big thing of supercross on a full factory HRC Honda in 2014 to a big money move to JGR to having no ride at the end of 2017 , either in America or MXGP.

But Barcia got a stroke of fortune when Davi Millspas got injured and factory Yamaha called to offer a replacement ride for the opening six rounds. The wildman had suddenly became Yamaha’s wildcard.

And it has been a sensational success! Not only did Barcia podium the race with the most exposure of the season, A1. He also led laps and rode with his head (for the most part) to take third and his first supercross podium finish since 2014.

But crucially he backed it up with another impressive third place ride in Houston on a very different track and now after two rounds, Barcia is , maybe even unbelievably for him, in contention for this title!

So what changed? In our interview with Barcia after A1, Justin gave us an insight into his changed mentality: “I kind of feel like a new person, I took a break and thought about what I wanted in life, when you get your life sorted out racing becomes more fun. that’s what it’s all about, having fun.”

Now engaged, happy and settled with no doubt more appreciation for the opportunity of another factory level shot, Barcia is putting in the results that many had been expecting for the last three years.

Of course Barcia is also finally coming into the season injury free, which helps, but at the Houston press conference he also had some interesting comments about the JGR guys claiming the factory Yamaha team was more professional than his old JGR set-up.

Barcia said: The Yamaha opportunity is awesome obviously I have adapted the bike well, the team is great, they have put some people in place and it is super professional, it is a lot different than the last couple of years.”

So was it the bike and team that was holding Justin back the whole time or is his new attitude freeing him from negativity and allowing him to ride to his potential? With the new 2018 Yamaha reportedly an improvement on the old bike (even though Barcia did win outdoor races on it for JGR, if not supercross) it seems that all of the above have played their part.

But Justin also knew he had to make this work, this might have been the only shot he had to ride for a factory team again. He simply had to produce to prolong and probably reignite his career.  When he really had to perform with his back against the wall, Barcia’s put himself back at the sharp end of supercross, where he was always supposed to belong.