Weltin to race the MX2 World Championship in 2018! 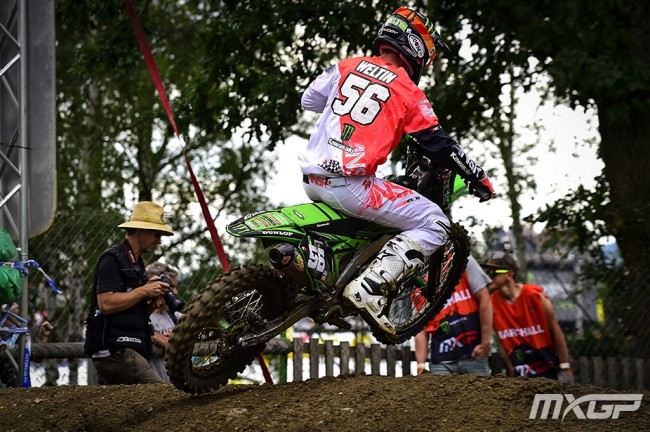 Speaking to Steve Matthes from Pulp MX, Marshal Weltin has confirmed that he’s inked a deal with a Honda team to contest the MX2 World Championship in 2018.

“I’m 99% sure that I’ve got something done. I actually signed the contract last night for next year.  It’s for the MX2 class with a Honda team in Europe. I’m just waiting for them to verify everything now. It’s looking like I will be racing a 2018 Honda in the MX2 class for next year. I’m going to be heading back to Belgium in a month or so”.

Once we heard this we looked into the matter and sources have told us the team Weltin has signed with is the Vamo Racing Team. This year was the first year for the team to compete in the MX2 World Championship. They started off with Lars Van Berkel and Michael Ivanov but ended it with Micha-Boy de Waal.

Honda are putting a big effort into the 2018 Honda 250cc machine so hopefully the American has a good bike under him for some good results in the MX2 class. Weltin himself had a good year competing in the EMX250 championship as he ended up sixth in the series but he will have a new challenge for the 2018 season.

Of course nothing is official yet but once it is, we will bring you the news.

You can listen to Weltin’s interesting podcast on pulpmx here as he discusses a range of topics.