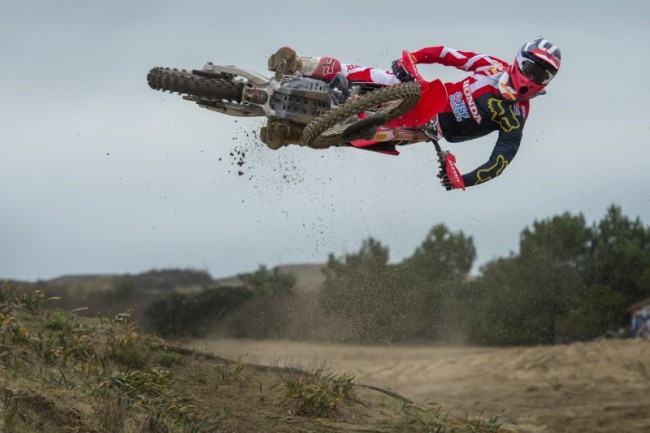 It’s all go once again this weekend with rivalries, titles on the line and a new championship  all going on within 48 hours!

In Italy Tim Gajser will make his 2018 debut against Tony Cairoli, the site of their exciting battle back in 2016 – but this time Cairoli has the momentum and Romain Febvre will also be in the mix after his win against Cairoli last time out.

In the states, Marvin Musquin and Jason Anderson will renew their rivalry after Anderson admitted that Marvin, “owes me one.” Eli Tomac will be full of frustration after his two DNF’s in a row and added to all of that the 250 East championship begins with Zach Osborne defending his title against; Dylan Ferrandis, Jeremy Martin, RJ Hampshire, Martin Davalos to name just a few!

Meanwhile back in the UK, Wembley plays host to the final round of the UK Arenacross championship with series leader Cedric Soubeyras, who desperately wants the title after coming so close in previous years, just three points ahead of Thomass Ramette. And, to make things even more tense, there will be double points on offer!