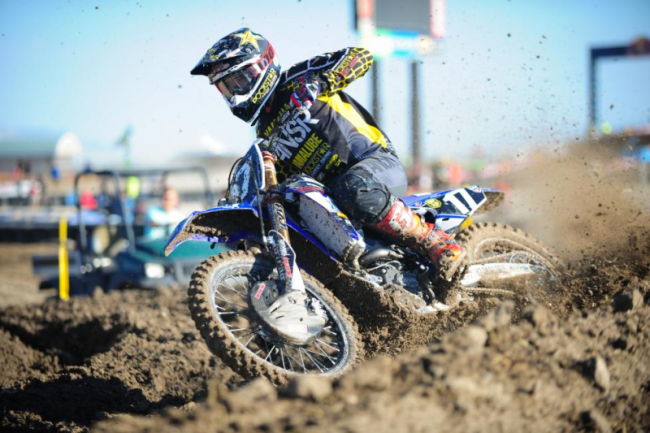 Canard, who was fastest in qualifying, ( only six tenths of a second separated, Canard, Webb and Febvre) stayed with Webb for most of the race before dropping back in the last two laps. Romain Febvre suffered a bad start and by the time he got to third the Americans were long gone. The world champ will be hoping for better starts on Sunday!