Waters leaves MXGP – back to Australia for 2016! 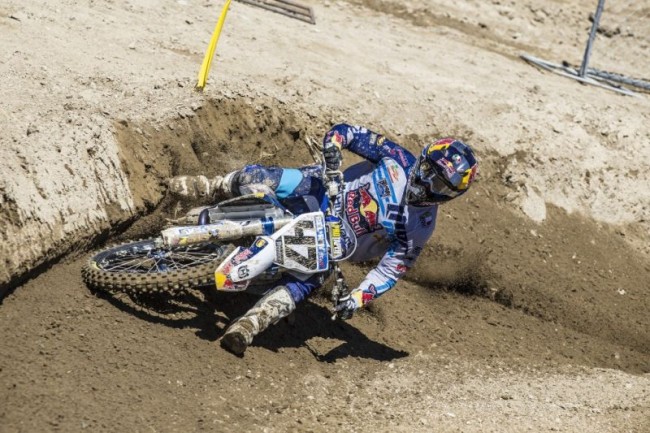 Suzuki Australia in conjunction with Wilson MX is pleased to announce an all new partnership for 2016, which will see Todd Waters return to the Australian racing circuit, representing the newly formed 2016 Factory Suzuki MX1 Racing Team.

Wilson who will manage the Factory Suzuki MX1 Racing Team in 2016, made comment today on the new partnership, and says he is excited for what the future holds for Waters and all parties.

“We are very pleased to have Todd returning from Europe to race with us next year, and we are confident that with his previous experience on the Suzuki and also his recent experience racing the MXGP, that he will be a championship contender in 2016,” he said.

“Wilson MX has been very fortunate to have incredible sponsors throughout the six years we have been running our race team, and this was the next step for us and our stake holders, which we are very excited about.

“The new partnership with Suzuki Australia and Wilson MX is a fantastic opportunity for everyone involved, and both Todd and Luke are very keen to work together in 2016.

“The focus for us is now on the 2016 assault with non-other than Todd Waters and his new team mate Luke Wilson,” he said.

“We are so pleased to have Todd back on the RM-Z450. Todd raced for Suzuki in 2012 and finished runner up in the National Motocross Championship, so there’s some unfinished business to take care of.

“Todd is a world-class athlete and his decision of what machine to race and in Australia was naturally the Suzuki RM-Z450L6 which will be prepared and managed by Neale Wilson.”

“Wilson brings six years of Team Management racing the National Championship, and with the collaboration of Suzuki Motorcycles and several key business stakeholders this has enabled us to once again form an Factory Suzuki MX1 Race Team,” he said.

“Jay’s experience will be a valuable asset to the team, and we are very pleased to have his support and input.

“Wilson MX will also be continuing with their head mechanic Jason Corney in 2016, who brings years of experience to the table too.”

Water’s who recently returned to Australia after a lengthy stint in Europe with the Red Bull Ice One Husqvarna Racing Team, has now confirmed he will return to familiar territory in 2016, and hopes to wrap up his unfinished business with Suzuki Australia.

“After MXoN this year I started having some talks with Australian teams, and Suzuki and Neale Wilson ended up being the one’s who could offer me something that was the perfect fit for what I want to do back here,” he said.

“Neale is based in the Gold Coast, and it’s not just me turning up to the track and riding – this team is a place I can really build on.

“There are a really good bunch of people involved in putting this together and that is what I’m looking for.

“I am just so excited to be racing in Australia next year. Dean Ferris is back, Kirk Gibbs has just won the championship and Matt Moss is always strong, so as far as I’m concerned it’s going to be an awesome year and I’m honored to be a part of it all.

“It’s very exciting to now be able to announce it all – we’ve kept it under wraps for a while now so we’re all pretty pumped for next year. I’m hoping I can give the team some good results, and it’s shaping up to be an awesome season.”