Vlaanderen to return this weekend! 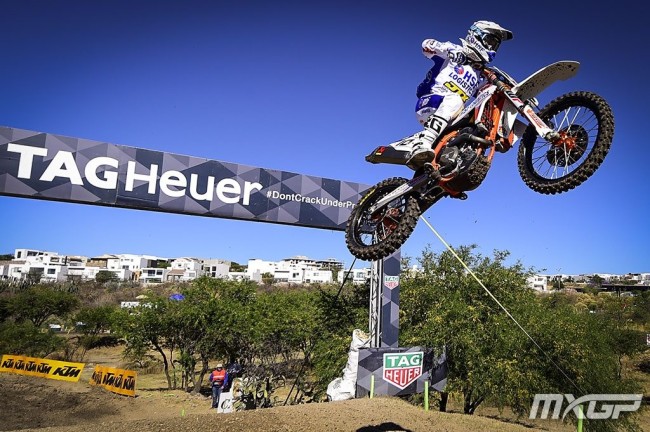 Calvin Vlaanderen will return to racing this weekend as he’s finally recovered from breaking his thumb. Vlaanderen had been having a strong season on his HSF Logistics KTM and got on the podium in Latvia.

Vlaanderen was putting the laps in on hard pack to prepare for France when he unfortunately broke his thumb. Due to the injury taking longer to heal than first thought he has missed the last five rounds of the series.

Despite missing five rounds he still sits a respectable fourteenth in the World Championship classification.

The HSF Logistics team will be glad to get him back for the rest of the season and they hope he can impress during the last rounds of the season. Brian Bogers had been joined in the awning by Lars Van Berkel but he has now joined Diga-Procross Husqvarna with Vlaanderen returning from injury.

Davy Pootjes has been back on the bike a few weeks but won’t be back this weekend. The target is Lommel for the Dutch rider.