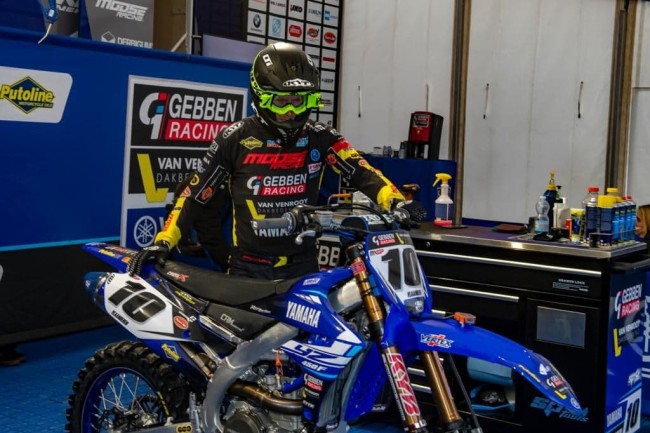 The Gebben Van Venrooy Yamaha Racing team are sad to announce that Calvin Vlaanderen has suffered an injury from a practice crash whilst preparing for the final three rounds of the MXGP World Championship at Arco di Trento.

The MXGP rookie crashed in the Netherlands and has injured his hip which required stitches. The injury will now see him focus on his recovery and the 2021 season – he’ll hope to be even stronger during his second season in the class.

The team are delighted to announce that Brent van Doninck will join Alessandro Lupino for the last three rounds of the MXGP World Championship. The Belgian has been impressive in the few rounds of MXGP he’s raced with the ASA United Husqvarna team and we’d like to thank the team for their permission to allow van Doninck to end the season with the Gebben Van Venrooy Racing team.

Calvin Vlaanderen: Obviously, I’m very disappointed to end the season like this. On Wednesday, my last training on the bike for the season, I had a crash and hurt my hip. I needed a few stitches in my hip which will make me have to sit out the last few rounds. It was a challenging rookie year, with many ups and a few downs, but it sure was a good one! I had some small injuries throughout the year which didn’t help but I’m proud I lined up to every race and did my best. A huge thanks to the whole Gebben Van Venrooy team for all the hard work and countless hours they put in this season!

Brent van Doninck: I am beyond excited for this opportunity. This is a good chance to show three more times what I am capable of. The first round will not be easy getting used to the bike, but we will improve.