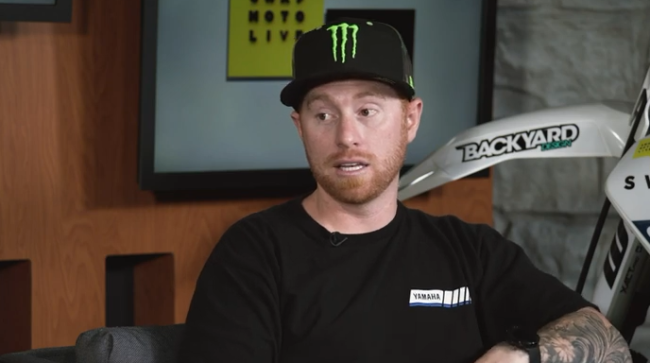 A relaxed and talkative Ryan Villopoto chatted to Donn Maeda about his current life as a family man and brand ambassador for Yamaha as well as his racing rivals – and he had some interesting observations on his main competitors Reed, Dungey and Stewart!

“I don’t know if I had a favourite,” said Villopoto. “The three that I raced, Dunge I think was always the biggest pain because he might not have been the fastest guy, but every lap you clicked off if it was 20 laps or if it was 30 plus two, it didn’t matter, he was there until the chequered flag. Then you had James, he might have been super fast but if he couldn’t maybe make something happen or whatever, he would give up and a little bit Chad also, he was a little bit like that, but the problem with Chad was, if he just smelt one little bit of blood somewhere he would make a run!

“I think the guy I hated the most to race was Dunge. Just because he was there every single lap, he would run down the clock or run down the laps and he would be there the whole time.”

And who was the sketchiest guy to race? “I only ran into it a few times with James, a lot of racing we did together he was pretty in control. I can remember, I think it was Canada one year, there was a long set of whoops into a tight right hander, 90 degrees that came back onto the start straight. Im up in the turn and all of a sudden, I can’t see anything and the bike is out from underneath me, throttle cable’s ripped out of my bike/ James came in, I’m assuming out of control and just ploughed me, I didn’t even know it was coming. That was what I would call my sketchiest moment probably with him.”

You can see the collision RV refers to with Stewart below:

See the full interview with Donn below: