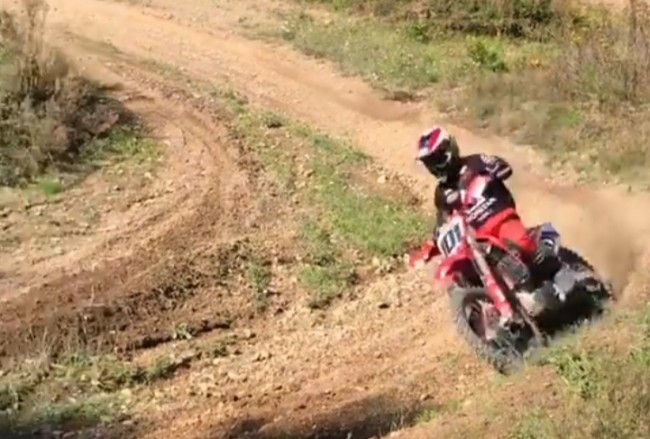 Zach Pichon despite his young age decided to make the move to the 450cc this year and looks good on the bigger bike. The young French talent will make his MXGP debut at Faenza and has been putting in hard pack riding to get ready for the event.