Video: Wilson holds off Tomac to win heat at SLC6 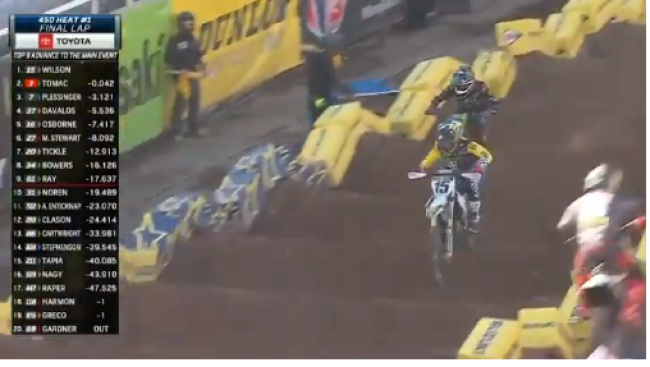 Dean Wilson has showed good pace during qualifying and heats lately but hasn’t had the results in the main events to match the speed he has. After winning a heat race during SLC6, Wilson decided to make a bike change before the main event thinking it would help – in the end it wasn’t the right move and he’s annoyed at himself for making the change.

“SLC6 in the books. I‘m so p*ssed at myself for making such a stupid decision to make a bike change before the main. I thought it would help and did the reverse effect. The Heat win was cool but the main is where it counts. I should have just left it but I guess you learn from your mistakes, all completely my fault. I finished a horrific 13th as I struggled to hold on the whole moto. Looking forward to Sunday”, Wilson stated on social media.

See him win the heat race below:

That was a nail biter 😬