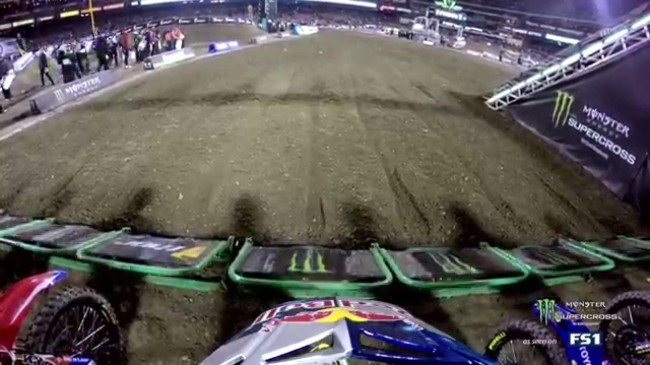 Watch as Romain Febvre and Antonio Cairoli sensationally crash together in Argentina!

Cairoli was desperately trying to hold Febvre off for second and slid out trying to block Febvre on the inside leaving Febvre nowhere to go.

The Frenchman was angry at Cairoli’s blocking tactics, and despite remounting behind Cairoli, Febvre left the Italian well behind and still almost caught Gajser again to win the race!

It should be some epic racing today, Febvre and Cairoli are now the best of enemies. The Italian clearly hates Febvre beating him while Febvre still wants to prove to Cairoli he is now the main man!

The gloves are off!