Video: Webb’s pass for the lead 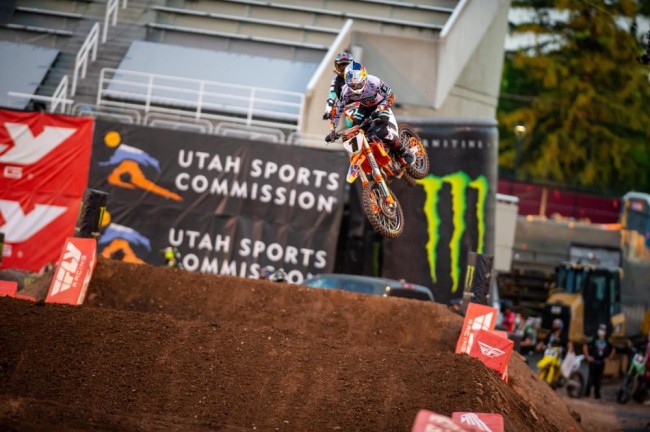 The pass that won the race for Cooper Webb!

The Red Bull KTM rider says he had to make the pass on race leader Zach Osborne – because he felt the pressure from Eli Tomac! Webb said: “Zach was really riding well there at the beginning. I was trying to put in just some good, good laps, and I could see Eli was kinda coming to catch us. At the end I knew I needed to get around him and try to break away.”

. @cooperwebb_2 moves into the lead 🏟 but look who’s coming 👀

Tomac would also make the move on Osborne but Webb held the championship leader off to take win.

He does it! @cooperwebb_2 takes the WIN 🏆