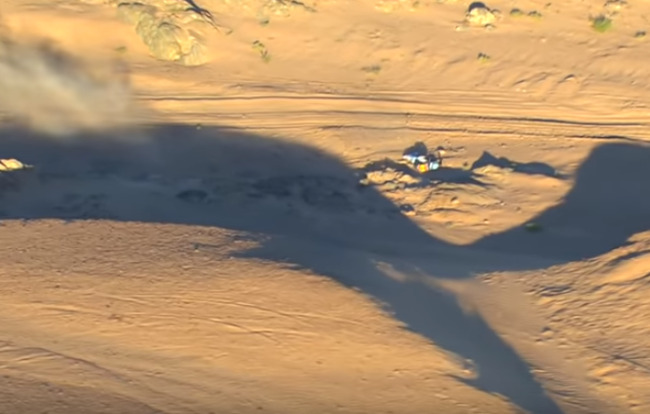 Monster Energy Yamaha Rally Team endured another difficult day at the 2020 Dakar Rally, despite Xavier de Soultrait and Franco Caimi improving their positions in the overall general classification following the completion of the event’s third stage. With challenging navigation, thick dust and GPS issues ensuring many difficult hours in the saddle for all competitors, the day proved especially tough for Adrien Van Beveren, who saw his Dakar aspirations ended following a high-speed crash shortly after the start of the stage.

The second leg of the event’s marathon stage, day three saw riders complete a 504-kilometre looped stage that took competitors through breathtaking scenery and canyons to the north of the country. The 427-kilometre special stage was effectively shortened by the organisers – after the full distance had been completed – due to competitor GPS issues that left many riders unable to find key waypoints.

Sadly, stage three marked the end of the 2020 Dakar Rally for Monster Energy Yamaha Rally Team’s Adrien Van Beveren. Crashing shortly after the start of the special stage Adrien was thrown from his WR450F Rally at approximately 120 kilometres per hour, landing heavily on his right side. Attended to quickly by fellow competitors, he was soon in the event’s medical helicopter and taken to the medical centre in the bivouac. Adrien fractured a collarbone and has been transported to hospital for observation.

Improving to 10th in the provisional overall classification, Xavier de Soultrait finished just less than 14 minutes behind the day’s stage winner, despite a fall 50 kilometres from home. With the majority of the dusty stage going well, a slow speed fall caused Xavier to cut his hand yet the Frenchman made it to the end of the stage. Well placed for the start of tomorrow’s stage four, Xavier, like others, is hoping for less dust.

As one of the first riders to reach Adrien Van Beveren, Franco Caimi’s stage was temporarily halted almost as soon as it had started. Remaining with his teammate until the medical helicopter arrived, Caimi then had to do all he could to put the accident out of his mind and focus on the stage ahead. Completing the difficult stage and moving one place higher in the overall provisional standings, Franco is determined to put stage three behind him and give his all on day four.

Stage four of the 2020 Dakar rally will take riders from Neom to Al Ula and will be another long day of racing. Following a route south, close to the Red Sea, the 453-kilometre special stage is expected to include sandy pistes and flowing, gravel tracks.

Xavier De Soultrait – Monster Energy Yamaha Rally Team
8th Stage 3
I’m very sad for Adrien, it is always difficult to have a teammate crash out of Dakar. Well, for me it was a good day apart from a little fall 50 kilometres from the finish. It really was a small crash, but I cut my hand and had to take things a little easier after that. I will have to be calm now for the rest of the race, but we have many, many kilometres still to go and I am focused on the finish.

Franco Caimi – Monster Energy Yamaha Rally Team
28th Stage 3
Well, it was a really, really hard stage for me for many reasons. I was the first rider to arrive where Adrien crashed, so I stayed with him until the helicopter arrived. When you see a friend and teammate injured like that you can’t just switch it off, it stays with you during the stage. I tried to recover as quickly as possible, find my pace and also concentrate on the navigation. As we know it was a very tricky stage, but importantly I am still in the race and looking forwards. This team has a strong spirit, so we will fight on.

Jamie McCanney – Monster Energy Yamaha Rally Team
33rd Stage 3
I feel like it was a good day for me today. A bit of a strange one towards the finish, but more good learning for me and I felt like I improved quite a bit. The first 400 km were good, then I just tried to keep my head at the end. Being in a situation like that for the first time was a little unusual. Obviously, it doesn’t matter now, but no one could find the waypoint and we were all riding around. Some people kept trying to find it, others just headed off towards the finish, so it was hard to know what to do. I waited for some of the lead cars, thinking they’d know exactly where to go. But they took the exact same route I had, so I just followed them to the finish. It’s disappointing that Adrien is out of the event, and I wish him all the best for a speedy recovery. I’m looking forward to stage four now.

Unquestionably, a disappointing day for us today with Adrien going out of the race. It’s not a nice thing to say, but this is Dakar. Adrien crashed at around the 4 km point, and it was a big one. He was riding at approximately 120 kilometre per hour, hit a stone and was catapulted off the track and off his bike. It was an accident that happened very quickly. He has a broken collarbone and will stay in hospital tonight under observation. We expect him to be back in Europe tomorrow. I am very sad for Adrien and all the team staff, but we must look forwards and with three other riders still in the race we still have a lot to push hard for. Although the results have been amended due to the missing waypoint, it was a crazy finish to the day. A tough day, and we are a long, long way from the end of this race.

The following message was posted on Adrien’s social media: