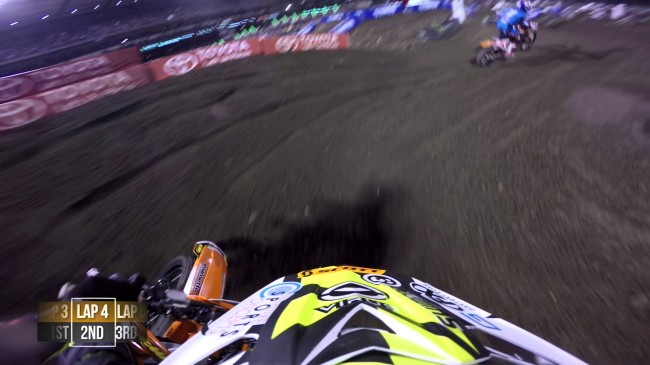 Eli Tomac crashed out of second place in race one at Ironman trying to chase down Jeffrey Herlings!

Herlings started third but passed both Baggett and Tomac within a few corners, with Tomac going down trying to fight back.

Tomac later admitted his ego got in the way in race one with Herlings passing him but he rode smart after the crash to deservedly win the 450 title going 5-6 in the motos.

Herlings meanwhile won the first moto and then came from a first lap crash after a terrible start, that left him at the back of the pack, all the way through the field to win race two.

The flying Dutchman passed Marvin Muaquin with two laps to go when the Frenchman crashed out of the lead as Herlings was setting the fastest lap of the race to try and catch him in what was a historic ride that give Herlings his first AMA win at his first attempt.