Video: Tom Vialle on the gas 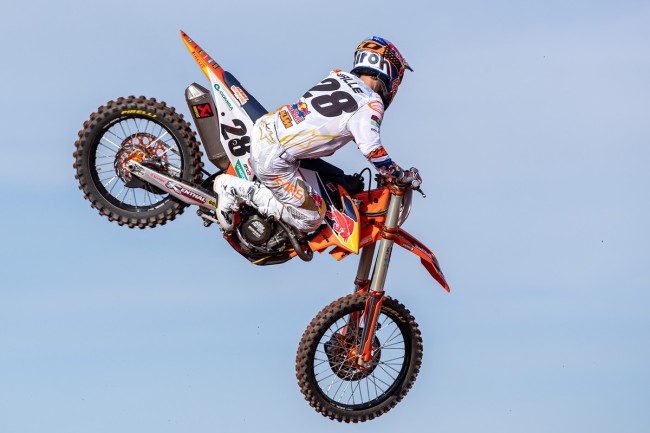 Frenchman Tom Vialle is only in his second year of Grand Prix competition but is already leading the MX2 world championship (by five points over Jago Geerts) and, by the looks of this video, is already up to speed and ready to race as he looks to take his first world title.

Tom’s dad, former Grand Prix race Frederic, told us it was the goal to go for the world title this year but, “the championship is not simple because there’s a lot of good riders with years of experience. We will stay focused on what we are doing.”

On how Tom got the coveted ride at KTM, Frederic revealed he had some competition for the seat and was riding a standard Husqvarna in his only year in EMX2 before he got the call up to factory KTM!

Speaking to Andy McKinstry, Fred revealed: “Tom was in competition with several riders for the ride. He tested the bike and he was the fastest during the testing, now you can see that Joel Smets was right to pick him. It was not so simple but I do understand the reaction. It’s also important to not forget that Tom was riding with a standard Husqvarna, he won one moto and got podiums in the EMX250 class. I was convinced that with the Factory Red Bull KTM bike and a strong team like this, that Tom would get good results.He’s proved a lot of people wrong and he impressed me every day with his desire and his work.”

See the technical Vialle in action below: