Video: Tim Gajser’s crash in Loket – from his view! 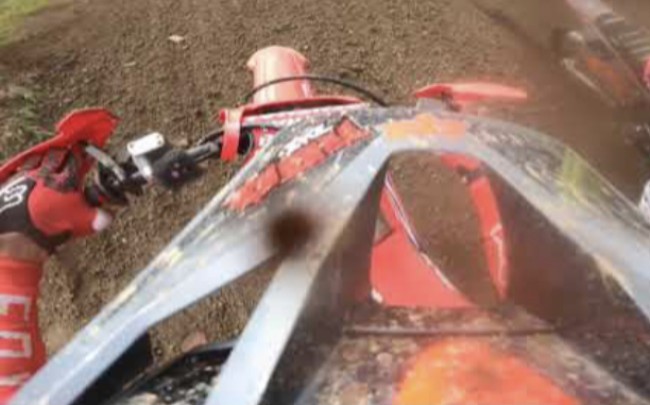 See the crash that cost Tim Gajser a lot of points in the world championship in Loket from his perspective!

Gajser said: “The first moto was good today, I was happy with how I was riding and it was good to finish second. Then in the second race, I had another solid start, made a quick pass to move into fourth and then on the fourth lap I had a crash and I had a bit of bad luck as my clutch lever went into the hand-guard so I couldn’t use the clutch. I had to roll into pit lane where they were able to fix it and by the time I re-joined I was near the back. Thankfully I was able to ride well and saved some points, coming back to 15th but overall I am of course a bit disappointed. Still, I am ahead in the championship so I can’t complain too much and next week we have Lommel which I’m looking forward to.”