Video: The crash that made McAdoo sick! 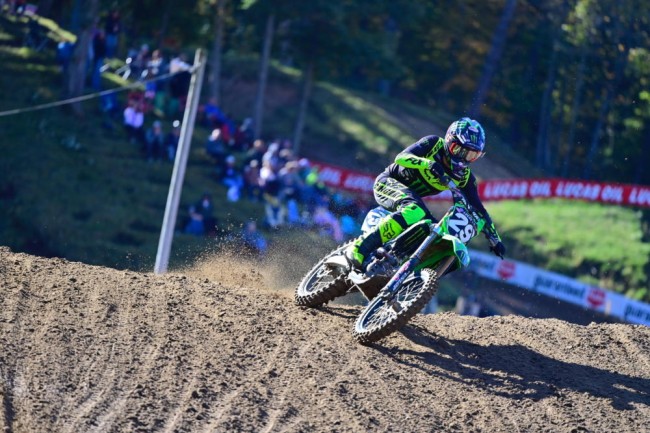 Cameron McAdoo was forced out of race two at Millville because of violent crash that literally made him sick!

The Pro Circuit Kawasaki rider, who has been having a good season outdoors, got spat off his machine but landed on the bars, taking them to the gut.

McAdoo said: “Millville was an up and down day for me. I had a pretty good start in the first moto and finished sixth. In the second moto, I felt really good for the first few laps. I was riding around fifth or sixth and was pushing towards the front, but I ended up crashing pretty hard and getting a handlebar to my stomach, which made me sick and forced me to pull in and unable to finish the moto. It definitely wasn’t the day we wanted but it was nice to get good starts. We’ll take that to Florida next week and give it our all.”

See the crash, filmed by a very excited cameraman below: