Video: The crash that cost Sexton 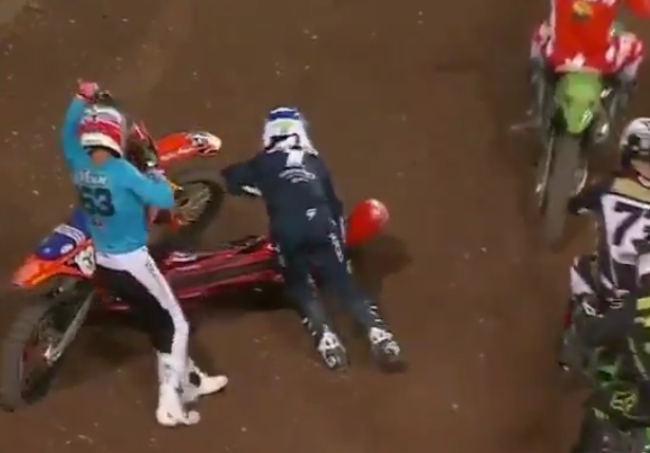 Chase Sexton went into the main event with sevent point lead of Shane McElrath but came out level on points with his championship rival after this crash cost him big time!

Sexton was in the top five but McElrath and his Star racing Yamaha teammate Colt Nicholls were out front and Sexton knew he had no time to waste if he wanted to battle for the win. However, the urgency bit him and now, with three rounds to go the championship is really on the line!